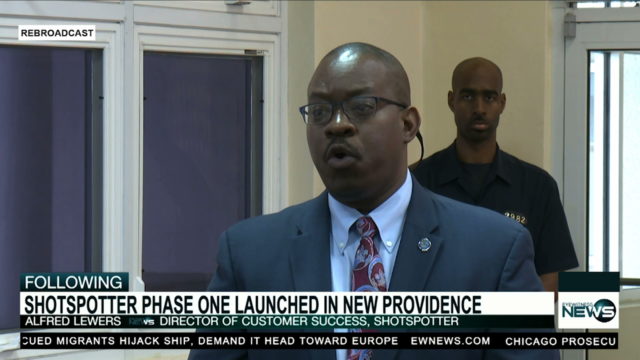 NASSAU, BAHAMAS – The Royal Bahamas Police Force (RBPF) officially launched its multi-million-dollar ShotSpotter technology yesterday in New Providence, which is expected to assist with cutting down the response time of the police in gun-related crimes.

The government signed a contract with ShotSpotter on January 23, and two months later, the police force has rolled out the first phase of the new technology in New Providence.

The technology is engaged whenever a gunshot is fired anywhere on the island.

The equipment provides the police control room and mobile officers with immediate information on where the shot was fired and how many shots were fired.

It will also work in tandem with CCTV for real-time video footage.

Alfred Lewers, Shotspotter Director of Customer Success, said the technology has proven to reduce gun-related crime by 37 per cent and has reportedly improved police response time as well.

The technology apparently also has the ability to simultaneously detect multiple gunshots anywhere on the island.

“If there is an event that occurs in different areas that are covered by ShotSpotter they will still get the alerts,” he said. “The system will alert [police on] gunfire events in multiple locations.”

Yesterday, Lewers and police officers rolled out a demonstration on how the system works.

But despite its touted success, Canada recently shelved the ShotSpotter technology as residents feared that the devices were infringing on privacy. Lewers, however, shot down these concerns for Bahamians.

“We are not looking to capture audio other than for gunfire events,” he said.

“So, when that gunfire goes off it sends that information to our location servers and then our monitoring centre.

“It does not detect indoor activity, only what is happening outside where a gun is fired.”

Phase two of the ShotSpotter program will be rolled out in the Family Islands during the next fiscal period, confirmed Marvin Dames, Minister of National Security.