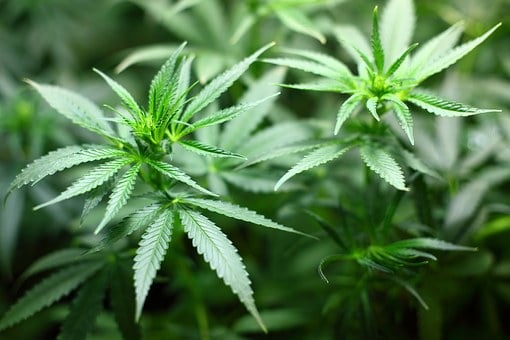 NASSAU, BAHAMAS — Caribbean Association of Pharmacists (CAP) President Dr Marvin Smith said yesterday the association supports the medicinal use of cannabis in The Bahamas with proper oversight and regulation, as well as the decriminalization of the substance.

“The position of the Caribbean Association of Pharmacists is that cannabis is a medicinal plant and that under proper regulation and oversight it should be allowed to be used for patients by legally authorized prescribers and dispensers for patient use,” Smith told Eyewitness News Online.

He continued: “Every scientific research, project, study and review that we have seen by any appreciable, credible global agency — both within the region and internationally — it is clear to us that cannabis is a medicine.”

Smith made clear he was speaking as a pharmacist and not commenting on public policy, or the position of the Bahamas National Commission on Marijuana, or the prime minister, who has recently come out in full support of the medicinal use of the plant and decriminalization for small amounts of the cannabis.

On decriminalization of cannabis, Smith said: “We don’t put people in jail for selling a couple of beers without a license, but we may confiscate the beer and tell them they have to shut down what they are doing.

“And when we see people who abuse medicine, we don’t put them in jail, we put them in treatment. What we do, like every other medicine, is we try to educate the public in its proper use; in the proper way at the proper time.

“I don’t think there is anything about cannabis that precludes us from having that sort of educational activity and it should be led by the government in partnership with various healthcare organizations and associations. I personally believe this government is very open to a collaboration with those associations and organizations.”

Pointing out that cannabis’ use, particularly CBD (the non-psychoactive component) is well documented in major disease management, Smith said CBD products should be made available immediately in The Bahamas.

“At the very least that needs to be considered,” he said.

“I think there is no credible, scientific empirical reason why CBD, that does not contain any more than 0.3 percent THC — it cannot get you high — should not be available to Bahamian people right now for medicinal use.”

In 2017, the National Academies of Sciences Engineering Medicine released a comprehensive study on recent research relating to the health effects of recreational and therapeutic use of cannabis.

The committee concluded, among other things, that there is conclusive evidence that cannabis or cannabinoids are effective for the treatment of chronic pain in adults; antiemetics in the treatment of chemotherapy-induced nausea and vomiting; and for improving patient-report multiple sclerosis spasticity symptoms via oral cannabinoids.

The committee also reported there was moderate evidence that cannabis or cannabinoids are effective for improving short-term sleep outcomes in individuals with sleep disturbances associated with obstructive sleep apnea syndrome, fibromyalgia, chronic pain and multiple sclerosis.

Negative associations with the cannabis, including worse respiratory symptoms, all involved the action of smoking the plant, the report revealed.

Yesterday, Smith pointed to the many methods of administering cannabis, including oral sprays, edibles, drops, dissolvable tablets, and via ointments and creams, among many other methods.

“I have to say this, we have tons of medicines already local and legal that make you high,” he said. “Simply having a psychoactive effect does not and should not remove a feasible drug from use and just like when we decide to treat patients with Morphine and Fentanyl or Vicodin or Percocet or codeine, we make these decisions to instruct and educate our patients to say this is how it going to make you feel; don’t operate machinery; don’t do this and don’t do that.

According to Smith, the structure is already in place to monitor and administer cannabis in The Bahamas, which he said should be considered a major economic stimulus with the potential to generator hundreds of millions of dollars through locally growing, producing, packaging and exporting.

He said what is not in place for a pro-medicinal cannabis environment is who should grow it, a right he opined should be preserved for Bahamians.

“We can’t always just the consumers to the world,” he said.

He continued: “I think this needs to be a sector set aside only for Bahamians and it cannot be based simply on people are coming with the funding and do it. You have to empower local farmers, people who have been in the farming business for years – first crack at this. This is an absolute cash crop, and what you cannot allow is Eastern Road or Lyford Cay and anybody in-between — or worse off, people from outside the country — to come in, buy up land we become planation workers rather than owners.”

As a Bahamian PLEASE DO NOT ALLOW NON BAHAMIANS TO COME TO OUR LITTLE COUNTRY AND TAKE OVER you as Bahamians absolutely should own the plantations not be workers on them…We have to own them. We cannot go to their country and buy land and take over . The Bahamian people are not fools . We coexist with other people we absolutely do not allow them to take over our Islands.