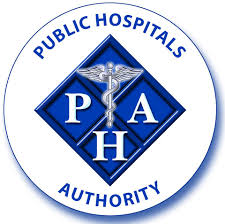 A forensic audit into the Public Hospitals Authority (PHA) has been completed, according to Prime Minister Dr. Hubert Minnis, who advised that the government was still reviewing the document.

Minnis made the revelation Wednesday when asked for an update on the forensic audits completed and before Cabinet.

He could not say when the PHA audit would be tabled in Parliament.

“The PHA’s files are completed, but we are still looking at it,” Minnis said. “I could not say. It is a very thick file. We are evaluating it at this particular time.”

Pressed for his assessment of the context of the report, Minnis maintained that he was still evaluating the document.

In an interview with Eyewitness News Online last week, Deputy Prime Minister and Minister of Finance Peter Turnquest said the government is committed to completing the forensic audits of government agencies and departments.

Acknowledging that several promised forensic audits remain outstanding, Turnquest said the Minnis administration will not “hold back any information” from the public, according to.

“That is a commitment that the government and prime minister has made.

“There is no attempt to hold back any information from the Bahamian public because at the end of the day, it is only through the disclosures that we as a government can make the corrections and improvements that are necessary to ensure that we don’t have a repeat of any lapses that may have occurred.

“We continue to work through that process and give the Bahamian people the assurance that as soon as they — those that are in process — are completed they will be acted upon.”

It later added the Ministry of Finance to that list.

The PHA was not among the original scope of the forensic audits.

Of that original list, audits into Urban Renewal Grand Bahama and the Ministry of Finance were completed and tabled last October.

The government has also tabled audits into Bahamas Power and Light and the Water and Sewerage Corporation.

An audit of the Urban Renewal program in Grand Bahama was also tabled for the fiscal period July 1, 2015, through June 30, 2017.

But it remains unclear how much FTI Consulting Global was paid to conduct those audits.