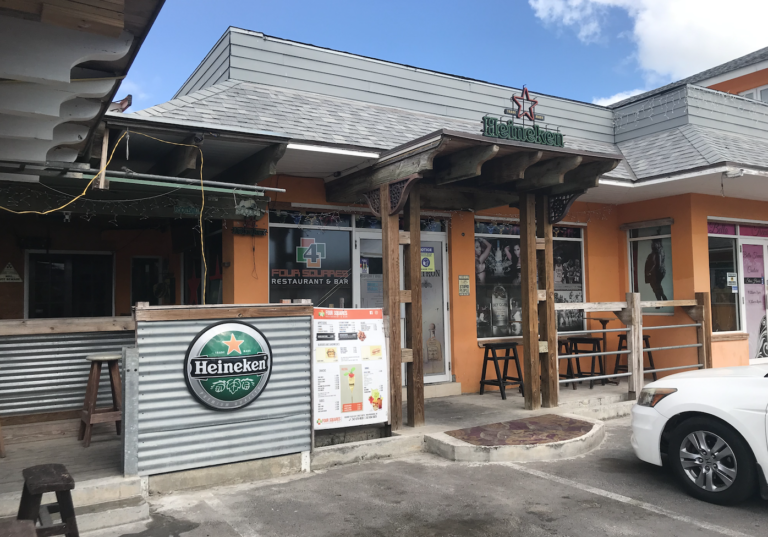 NASSAU, BAHAMAS — Amid questions in some quarters of the public about an off-duty officer, who shot and killed a man last Friday, carrying a firearm, Commissioner of Police Paul Rolle said the officer was assigned “special duties” and had a personal issue firearm.

According to police, the officer, who was a patron of Four Squares Restaurant and Bar, observed an altercation in the parking lot of the plaza on East Street South shortly before 10pm and attempted to speak with the individual who was involved.

Police said the man then left and later returned with a baseball bat and struck the officer in his head and face several times.

“The officer, at the time, was armed with his service pistol, produced it and fired several shots at this assailant, fatally wounding,” read the police report.

The man, who Eyewitness News understands is Nawal Mackey, 28, a construction worker and father, died on the scene.

The officer was transported to hospital.

Yesterday, Rolle said the officer sustained a fractured jaw and hand, and was recovering at home.

Asked about the policy of officers carrying firearms off-duty and whether it is rank-based, Rolle explained that it is not necessarily based on rank, but rather on “function”.

He added: “The officer is resting at home.

“He’s in a lot of pain as he suffered a fractured jaw and hand.

“I wish him a speedy recovery.”

Eyewitness News visited Four Squares Restaurant and Bar and spoke with employees of the establishment.

Two large spots of dried blood in the parking lot just 40 feet away from the restaurant’s entrance were covered with sand, and green glass shards from what appeared to be a beer bottle littered the ground in the immediate area.

An employee, who was not authorized to speak on the record, explained that when the incident occurred, only the proprietors and a few other patrons remained.

“I don’t know what would possess someone to do that knowing that a police officer or law enforcement is there,” one employee said.

“You don’t know what some people are going through.”

One of the restaurant’s closed-circuit television cameras, of which there were several affixed to the establishment, were pointed at the parking lot and in the direction of the sand coverings.

However, employees advised that the cameras were only recently installed and they were unsure if the feed had been established.

It is unclear if other businesses in the area, most of which are daytime operations, had surveillance of the parking lot.

As with all police-involved shootings, a coroner’s inquest will be held.

Assistant Superintendent Audley Peters advised that an investigation had been launched into the matter and upon completion, the findings will be forwarded to the Coroner’s Court.