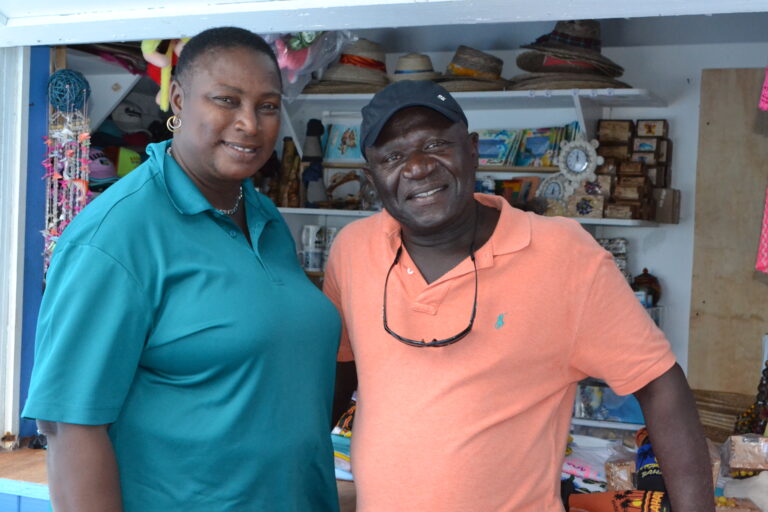 “Today, I still give although that money is gone, and people believe I still have it“

NASSAU, BAHAMAS — Maryann Rolle, 67, the owner of the Exuma Point Bar and Grille, said of the more than $200,000 she and her husband, Elvin, have received through donations after the infamous Fyre Festival event on Exuma nearly four years ago, the couple has given away more than half to help those in need.

“I always see the positive and I always say in all my interviews I feel if there is any heart in those people bodies, they will try to settle us or try to settle some of the vendors,” she said.

“I can speak for myself; as hard I worked — and they literally saw me work day and night on my feet — I feel they have to try, and I still know I will be paid because they know how hard I worked.

“They must pay me and I know the rest of the vendors worked extremely hard, too.

“I realize the deal went sore, on whose side I don’t know. But I feel good that they’re trying to reach some settlement. People worked so very hard.”

A proposed settlement in federal bankruptcy court could see more than $7,000 apiece given back to several hundred people who arrived on a private island in The Bahamas to find unfinished tents, a still-under-construction area that was intended to offer a “luxurious” experience and less than the promise of gourmet food.

It remains unclear if the settlement proposal will see Bahamian vendors, such as Rolle, reimbursed for services and sunk costs.

Rolle paid her catering staff after the failed event despite not being paid by the organizers.

A GoFundMe account launched on behalf of Rolle, who lost a “small fortune” in the ordeal, raised $237,150.

According to Elvin Rolle, the couple’s lawyers were overseeing the transfer of the balance to them.

Maryann, who took a break from the kitchen to speak with Eyewitness News, said she gave donations of between $1,000 and $5,000 to a host of people, including vendors and churches in need.

She used a portion to recoup her losses and the small remainder was used to repair and purchase additional furniture for her long-time, popular restaurant.

Rolle, who drives a 2000 Honda Fit, said she promised she would purchase herself a more up-to-date vehicle, but she could not ignore the needs of others.

She said if the settlement pays out, she will purchase a small leisure boat for her son and husband so the family may enjoy small trips and excursions on the ocean.

The humble woman said while she is elated there could be restitution from the disastrous event, if there are funds leftover, she will likely continue to help others.

“When people hear you have this money, everybody — not just Exumians, but people from all over The Bahamas — called in,” she said.

“It was impossible for me to give to everybody. It left me broke and on my back flat again because all the churches, everybody calling who was sick and needed a helping hand. And for me to say ‘no’ it was painful.

“I promised to buy myself a car and, God knows it, I wasn’t able to do that. I’m still in my little Honda Fit that I drive.

“I wanted to make my children happy because they worked so hard, but before you know it, you’re left with nothing. But people calling, wanting some money, thinking I have all this money as if it grows on a tree.

“Today, I still give although that money is gone, and people believe I still have it.

Rolle said she will continue to “bless people”.