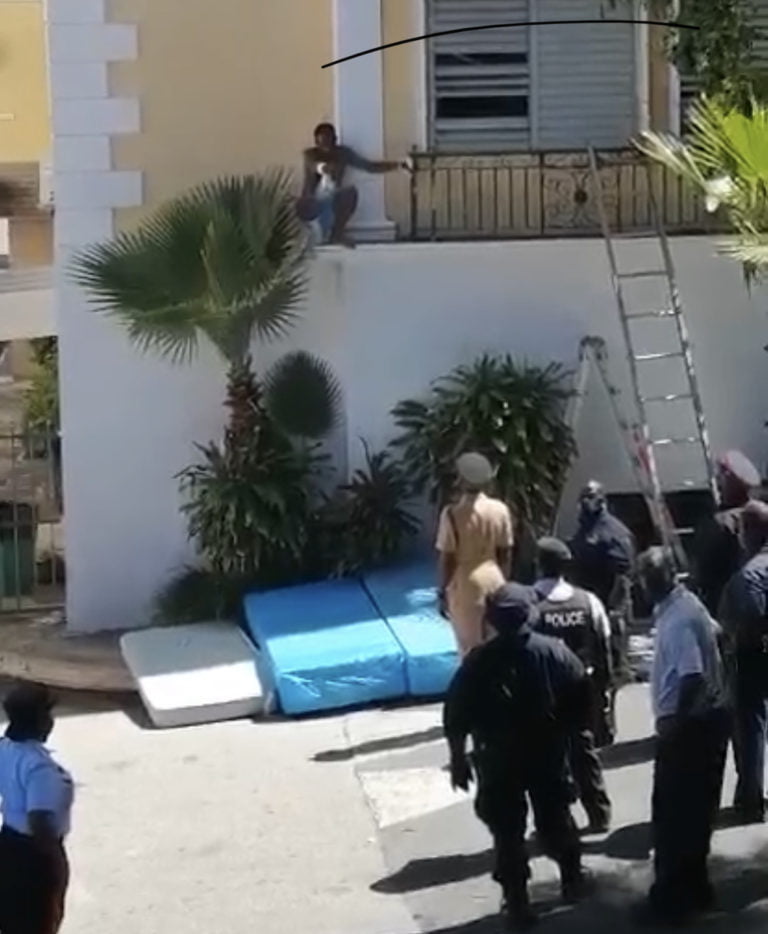 NASSAU, BAHAMAS — A patient at Princess Margaret Hospital who sought to exit through a window yesterday has been placed on a 24-hour for further observation, the Public Hospitals Authority (PHA) said.

According to reports, authorities were contacted after the man, 44, was spotted on the second story of the Male Medical Ward building.

“Officers of the police and fire units were successful in deescalating the situation and the patient was immediately assessed at the emergency department and returned to the ward where he was previously receiving care,” the PHA said.

“The patient remains in hospital on a 24-hour hold for further observation and medical treatment.”

Purported footage of the incident showed around a dozen officers seeking to talk the man down from the ledge of the building.

Several mattresses were strewn on the ground below him.

It remains unclear what prompted the man to the exit the window or what he had been admitted to the hospital in relation to.