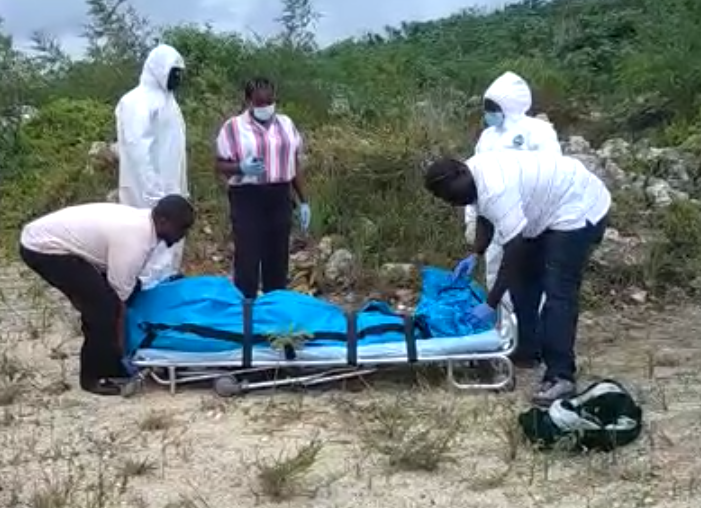 Police on the scene at the New Providence landfill where a partially decomposed body was found on Tuesday, June 29, 2021.

NASSAU, BAHAMAS — The partially decomposed body of a man believed to be in his late 30s to early 40s was found shortly before 3pm yesterday at the New Providence landfill.

According to reports, officers acting on information responded to the scene and found the body floating in a supplementary well, which is used to provide additional water whenever there is a fire on the property.

Police Press Liaison ASP Audley Peters said the well was being examined by an employee when the body was initially discovered.

Police have labeled the incident a “suspicious death”.

“We would like the members of the public who may have somebody who is missing to contact the police department to confirm their family member has been missing,” Peters said.

He told reporters on the scene that the body is believed to have been decomposing for more than 24 hours.

“It’s a possibility that somebody might have put that body there,” he said.

“There were visible signs of abrasion, but those abrasions do not tell us exactly what happened.”

Peters said an autopsy will be conducted to determine the exact cause of death.