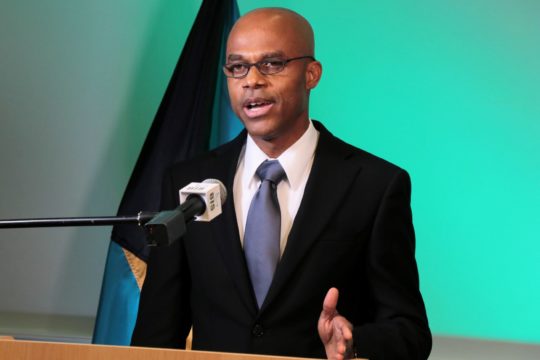 NASSAU, BAHAMAS — There has been an increase in registered voters on New Providence since 2017, according to Acting Parliamentary Commissioner Lavado Duncanson.

In an interview with Eyewitness News, Duncanson advised that the current voter’s register stands at 187,000 voters.

He noted that approximately 12,000-plus people have registered since 2017.

He said within the last two weeks since the expanded voter registration exercise commenced, some 700-plus people were registered, including 200 who needed address transfers.

Duncanson explained that while it may appear that the overall number on the register may have only increased by 6,000, the difference in numbers is reflected in the 5,400-plus individuals who have since been purged from the register because of death or legal purposes.

“There has been a slight increase of the figures in Grand Bahama in the high 400, close to 500 persons as far as Grand Bahama’s registration numbers from 2017 to today’s date.”

Asked what may have contributed to the influx in numbers in the capital, Duncanson said: “We are certain that many persons within the country would be aware of any number of natural phenomenons (sic) that would have taken place that may have resulted in these variations in the numbers.”

The government passed the Parliamentary Election (Amendment) Bill, 2020, in December, which made the voter’s register from the last general election in The Bahamas a continuous or permanent register.

A registered voter would not be required to re-register by reconstitution of the boundaries, however, the commissioner may from time to time call upon registered voters to alter or correct their counterfoils of the voters’ cards.

Additionally, a registered voter or person entitled to vote, aged 65 and older, would be considered a special voter and be allowed to vote in the advanced poll.

Duncanson noted that because of the new permanent register, there is not an expectation for an influx of people registering before the election is called.

“If the 20,000 holds…that would mean we are somewhere mid-point from projected numbers,” Duncanson said.

“Therefore, the type of crowds that would have been envisioned in previous election cycles as a result of a register dying at the end of a five-year period, it’s not envisioned that we will be bombarded with those type of crowds.

“…The evidence at this particular point indicates that the projected amount of some 25,000, that we are continuing to progress in a good direction.”

Duncanson added that various centers have been opened for expanded voter registration exercises on New Providence and Grand Bahama, including for individuals who are not on the 2017 register or who may need to make an address transfer.