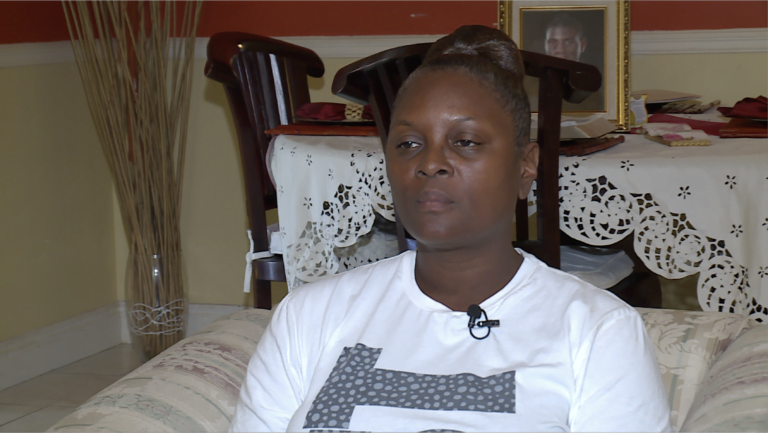 NASSAU, BAHAMAS – The parents of Blair John, one of two men pulled from waters in Turin, Italy last week, on Tuesday  expressed that they do not believe or agree with stage one of the  autopsy report, which suggests that John and his male friend, Alrae Ramsey, met their demise by drowning.

Italian police found the bodies of John and Ramsey floating in the Po River on June 4thand 5thand indicated that both men could have been floating for 2 to 3 days. An autopsy of both men was conducted on Sunday, according to High Commissioner of The Bahamas to the United Kingdom of Great Britain and Northern Ireland Ellison Greenslade.

HC Greenslade was sent to Italy from his London-based office, in the wake of the ongoing investigation.

Shaken by the ongoing investigation into their son’s demise, Blair John’s parents told Eyewitness News Online via telephone on Tuesday that they disagreed with the findings of the autopsy report.

John’s parents also revealed that they are trying their best to cope with the ordeal and plans are being made to travel to St. Mary’s University in Halifax, Canada, to collect their son’s belongings.

HC Greenslade, in a press statement issued Monday, said “I am extremely pleased, as of this report, to tell The Bahamas that subsequent to the family meeting this morning, extremely good progress has been made in this case.”

“This is an ongoing and sensitive investigation and we must all be very careful in the way information is disseminated.”

On Tuesday morning, Eyewitness News pressed the High Commissioner for additional details but he responded, “We do not have another official update since my report last night. I will revert as soon as additional information is provided from official sources in Italy.”

Minister Henfield said, “Due to the sensitivity of this matter, I am going to refrain from making public statements outside of official releases being disseminated by my ministry. As soon as I am able to provide additional details, I will do so.”

While Italian media suggests that the first stage of the autopsy report rules that the men drowned, the second phase autopsy involves a toxicology examination, which will determine if the men had alcohol or drugs in their system.

It is estimated that the toxicology exam could take another 2 to 3 weeks to complete.

“In 2018, Ramsey was granted an In-Service Award to pursue a one-year Postgraduate Diploma programme in Diplomacy/International Relations and Languages at the Diplomatic Academy of Vienna in Austria for the period September 2018 to June 2019,” the Ministry said.

“Blair [Rashad Randy] John, 28, a St. Augustine’s College graduate of the Class of 2009, was near completion of his Ph.D. in Psychology at Saint Mary’s University in Nova Scotia, Canada. He traveled to Turin to make a psychology conference presentation on behalf of the university.”

A Twitter post from one workshop presenter Ionnis Nikolaou, posted on May 29th, shows a photo with John seated in the background which corroborates with information that the man traveled to Italy on a school trip.

Italian investigators revealed that the men were occupants of an Air BnB – the Mirafiori bed and breakfast apartment in Lia la Loggia.

Uncertainty still remains as to why a third party – a man in Minnesota – reportedly booked the accommodations for the two men.

Speculation also looms about the men’s luggage, which was reportedly later found by Italian investigators locked in another room at the Air BnB.

A cellular phone was also reportedly found on John’s body  and investigators are trying their best to see what they can salvage from that device to assist with their investigations.