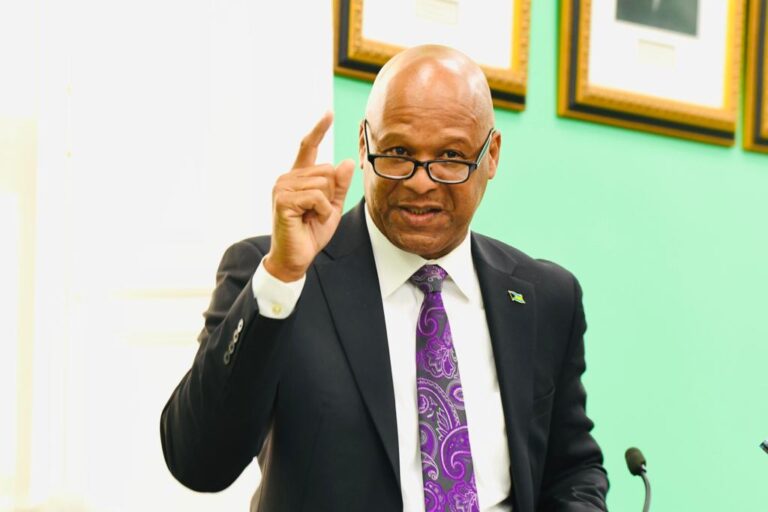 NASSAU, BAHAMAS — Labour and Immigration Minister Keith Bell yesterday issued a stern warning to all illegal migrants in the country to immediately wind up their affairs and leave voluntarily or face deportation.

“If you are an illegal migrant on New Providence, Abaco, Eleuthera, Harbour Island, Grand Bahama, or anywhere else on this archipelago, you must leave. You must immediately wind up your affairs and leave The Bahamas voluntarily.

“Failure to do so will lead to your arrest, prosecution, deportation, and placement on a restricted list which will completely bar you from any further entry into this country,” Bell said during an address in Parliament yesterday.

Bell noted that The Bahamas is currently faced with an influx of Cubans and Haitians who are being intercepted at sea.

“Cuba is experiencing the worst economic crisis in 30 years. The pandemic fall-out has played a major role in food shortages which is compounded by rising inflation and trade embargoes. Haiti continues to experience widespread violence and political instability. Haitians have faced a surge of gang attacks, kidnappings, fuel and electricity shortages, a deepening political deadlock, and a deadly outbreak of cholera,” Bell said.

Bell said that only a strong international response by the world’s leading economies can help to remedy the situation.

“While we hope and pray that the international community provides assistance to Haiti and Cuba, we must continue to protect our borders and enforce our immigration laws.”

He added: “The Bahamas cannot accept an evening increasing number of migrants without a corresponding deterioration of the quality of life for us all.”

Bell stressed that while persons who are in the country legally are welcomed, illegal entrants are not.

“The reality for us here in The Bahamas is that our resources are limited and we are simply not capable of absorbing these persons into our society. We cannot do more,” said Bell.

Bell noted that Statistics from the Department of Immigration have revealed a significant increase in the number of migrants intercepted in Bahamian waters over the past two years. He noted that in 2021, 226 Cubans were intercepted and repatriated from The Bahamas. However, in 2022 that number increased to 1,001.

Bell noted that The Bahamas is not only seeing irregular migrants from Cuban and Haiti but also America, Venezuela, Brazil, Columbia, the Dominican Republic, Ecuador, and Jamaica. A total of 4,748 persons were repatriated from The Bahamas last year.

The Minister forecasted that a number of ‘special operations’ where illegal migrants will be prosecuted and deported will be carried out by the Immigration Department. He further warned that persons found violating the provisions of their work permit will have their permits revoked and face deportation, while employers will also face prosecution and have no further work permit applications approved.