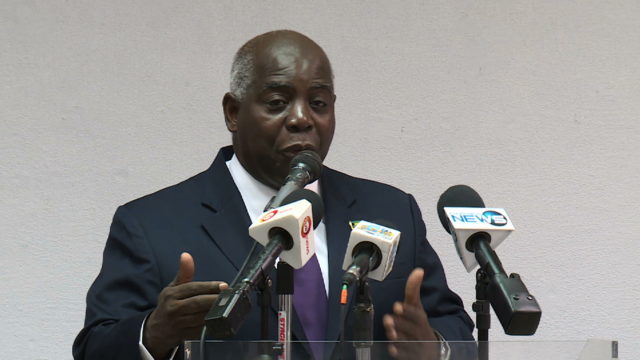 Head of the Public Accounts Committee (PAC), Opposition Leader Phillip Davis has written to the Clerk of the House to compel the minister of finance and the acting financial secretary to provide the committee with governments financial track record for the past year, alleging that value-added tax (VAT) cheques may have been issued illegally.

Davis called for an  explanation of the methodology employed with respect to accounting for arrears between this year (2017/2018) and last (2016/2017), and the apparent lack of consistency with respect to the settlement of bills in arrears.

In the letter, Davis said he has also made a request for a complete listing of the $360 million foreshadowed to be paid over a three-year period and called on Finance Minister Peter Turnquest to provide the specifics of all of the loans that were settled and rescheduled during the past fiscal year

“We need to know which loans were restructured,” Davis said.

“Tell us the terms of the old loan and the terms of new loans … We need to have a breakdown of how the $2.3 billion borrowed to date was spent.

“I am learning how this government has been giving back big fat VAT cheques to some companies,” .

While he said he has not yet gotten a response, the opposition leader has called on the government to come clean.