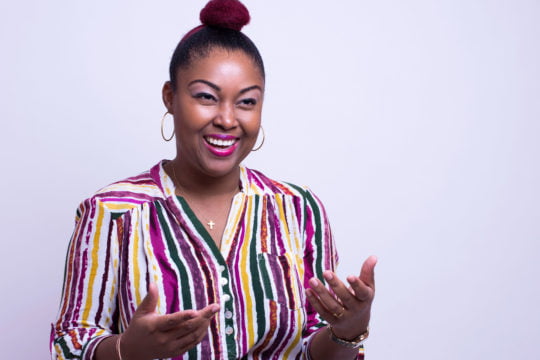 Discussions About Pride Event Prove The Bahamas Is Changing

I never thought the day would come when The Bahamas would be seriously considering a gay Pride parade. Times have certainly changed.

Transgender activist, Alexus D’Marco announced this week that a working group called Pride Bahamas has been formed to stage lesbian, gay, bisexual, transgender and intersex events next year. This will include a Pride parade.

D’Marco, a trans woman, says the goal would be to create a sense of belonging for individuals who fall under that umbrella.

The announcement was met with a great deal of excitement from the community she represents, many of whom have been searching for an emotional outlet after years of failed attempts to hold similar events.

Unfortunately, the announcement was also met with a great deal of uproar from those opposed to alternative lifestyles and any event designed to celebrate them.

Anyone who has travelled to the US or been exposed to American television is quite familiar with the Pride parade. It’s an annual international event that was created to celebrate individuals who identify as lesbian, gay, bisexual, transgender and intersex. The event also promotes self-acceptance. I assure you, the purpose isn’t to convert heterosexuals or, as Bahamians love to say, to take over.

But, naturally, in a very conservative country like The Bahamas, which touts itself as a Christian nation, news like this is sure to ruffle more than a few feathers.

Many see this event, which organizers are hoping will take place in 2020, as an affront to our Christian values. They also fear such an event could embolden the community to push for gay marriage.

Those critics are getting ahead of themselves. The goal right now is to stage a parade. If the conversation later veers off into plans for gay matrimony-dom, then we’ll have that conversation. For now, the community simply wants to have a celebratory event and it is certainly entitled to do so.

It actually speaks volumes that Bahamians are finally having these tough conversations. It shows we’re maturing as a nation.

Ever since D’Marco’s announcement, many have questioned if The Bahamas is ready for a Pride parade. That’s like asking if the Antebellum South was ready to give up slavery in the 1800s. The only people whose opinions mattered were the slaves who were not only severely abused, but disenfranchised. The South would have to adjust. And it has.

Ignoring a growing sector of society because we oppose their lifestyles disrespects their rights to assemble and express themselves.

Those who do not identify as LGBTI, do not support the community or have no intentions of attending such a parade shouldn’t worry about whether the country is ready or not. The people who feel the need to celebrate who they are, are ready. Those who do not support such an event should not feel compelled to take part.

Critics will claim that an event like this could negatively influence the youth. I’d be the first to admit that Pride parades do get raunchy at times. But, it’s no raunchier than the lascivious behavior I see exhibited during Bahamas Junkanoo Carnival where scantily clad people get inebriated and simulate sex in plain sight.

In fact, I would imagine that the LGBTI community, knowing the environment in which it lives, would be more conservative during its parade to avoid such criticism.

There’s no denying that the LGBTI community is one of the most misunderstood groups in society. Here in The Bahamas, that fact is further compounded because many are often bullied, ostracized and ignored because of their lifestyles. This may suggest why many people prefer to remain closeted or get defensive when it comes to their rights.

The community also faces a great deal of discrimination. D’Marco often speaks of the fact that gays, lesbians and trans people don’t enjoy the same societal protections that heterosexuals and non-trans people receive.

We have all heard stories of gay men being assaulted by their partners and reporting it to police only to be laughed at or to have their claims dismissed.

There are no laws that address discrimination or harassment based on gender identity or sexual orientation and same-sex couples are not allowed to get married.

It must be incredibly tough living in a country where you cannot be who you truly are, where you have to hide. That explains why many Bahamians have left the country in favor of more tolerant cities.

The LGBTI community has a long, bumpy road ahead of it in the road to equality. So, it’s easy to see why they would want to stage their own parade. They want an opportunity to celebrate who they are and deserve an opportunity to express their true selves.

Believe it or not, despite the slow progress, we have come a long way.

I vividly recall the late 90s when a group of pastors launched a campaign called, “Save The Bahamas” where they protested against a cruise ship catering to gay and lesbian passengers. This went on for years.

As a young reporter in the early 2000s, I recall seeing the faces of a gay couple, who had disembarked their ship and were greeted by angry protesters. The men, who were walking with their young children at the time seemed taken aback. While interviewing them, I had to assure the men that the group that was protesting did not represent the views of all Bahamians. They seemed comforted by that assurance.

Here we had tourists coming to our beautiful country to spend money and we were treating them like pariahs. What those protesters failed to realize is that gay people visit The Bahamas every single day.

Being exposed to a gay cruise ship did not turn Bahamians gay just like being exposed to a Pride parade won’t turn anyone gay. It’s almost like saying a gay person who is exposed to Junkanoo Carnival might be tempted to turn straight.

While I support the LGBTI members’ right to have their parade, I urge them to be respectful of other people’s beliefs. They community may want the support of Bahamians at large, but given our history, they will not get it.  There are many Bahamians who remain vehemently opposed to an alternative lifestyle. That is their right. However, they do not have the right to physically harm anyone for being proud of who they are and wanting to show that.

I will end here. At the height of the debate over same-sex marriage in the U.S., Whoopi Goldberg famously said that if you don’t support gay marriage, don’t marry a gay person.

I say, if you don’t want to attend a Pride event, don’t. But don’t rain on their Pride parade.

There are straight people in the Bahamas that do not feel that LGBT folks should be open and have pride in their identity. They see LGBT people as shameful and they refuse to accept that others have the right to feel pride. If such individual could simple accept the principle of freedom of expression that our constitution allows rather than getting bent out of shape at the idea of pride, we would hve taken a giant step forward.

Bahamians are against homosexuality because it is condemned in Scripture. I know Bahamian heterosexuals have their fair share of moral issues also. But two wrongs don’t make a right. Pride is a sin also. The fact that it’s called a pride parade underscores the moral insensitivity of the LGBT community.