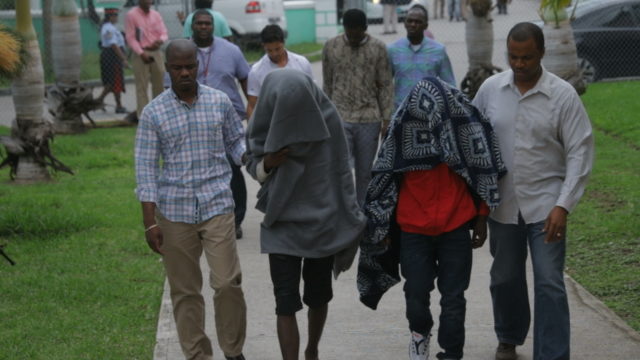 There is a ghastly irony at work in The Bahamas today. Daily, the media give evidence of it. F

or the past couple of years, the Bahamian economy was seeing its spectral body floating above the bed of agony that a fast emptying Public Treasury had become. Today, however, if observation and statistics are to be credited, the economy is showing signs of recovering from it near-death experience. Apparently, the government’s radical surgery on the cancerous tumours of corruption and stealing in high and low place is driving back the harmful cells.

Then, too, our environment was slowly being poisoned, gasping for breath at Clifton, in the industrial heart of Grand Bahama and in the mangroves of Bimini. Now, the poisoners can hardly find the opportunity to perform their dastardly deeds. Thanks to the rise of eagle-eyed environmentalists and members of the public seeking instant YouTube fame, even the dead of night can longer serve to cover the rape of our natural resources.

Impunity is harder to come by, even with bribery.

At the same time, the modern Bahamian is not to be left out of protesting and marching, sometimes laudably, often not. Sadly, many of the protests are in defence of the uncivil liberty of more pay for less work on the public and private sector dime. Unionists and politicians in and out of Parliament, with suitable gravity, are defending the right of deadbeat workers to fail to show up for work and, when they choose to turn up, defend their right to achieve new lows in productivity. And yes, there are plenty of well-heeled lawyers to defend the right of equally deadbeat employers.

We are saving the bays and the potcakes and defending the right of carnival women to objectify themselves and model coitus in public for their children to imitate the behaviour in covert spaces, but has anyone got any spaces left on their redemption calendar to slot in time to save our children?

If they have, it is not immediately apparent in the dire, daily reports in the news. Young girls, some hardly out of the cradle, are being torn rudely from childhood by adults of all ages and genders, who abuse the bodies of their victims through rape and cruel whippings as nonchalantly as kicking the tyres of a car they intend to buy. Not even pregnant women and their foetuses are safe.

Just recently, though, with news of a 15-year old male being charged with sexual assaults on three girls not yet of age to legally give consent and who would probably not have given their alleged attacker leave to invade their bodies any case – with that news, there came the insistent clang of a death knell, the kind they once rang on lonely out islands to announce a neighbour’s passing.

The bell is tolling for the young of The Bahamas, who are being killed by their peers, for whom guns have replaced the marbles, tops and kites as playthings of preference. Some at the hands of the police. I share the views of a recently bereft mother—the police are generally our friends trying to stem the red tide of bloodletting, but there are likely others less humane, who must be brought to account.

The insistent ringing is a call to all Bahamians to wake up and schedule time to save our youth.

Let’s band together, and in concerted, well-planned, well-funded, well-executed action answer the call. I pay tribute to those organizations such as the Guides, the Scouts, the Brigade, well-meaning corporate groups, the various church and community organizations and government-funded agencies, who try to stem the tide of growing youth disaffection and violence in our country. Sadly, all the right notes must be played at the right time to create the desired harmony.

I offer a small dish of food for thought: We need more

As the poet John Donne suggested, don’t send to know for whom the bell tolls. Be it bell or those new smart phones of ours. They’re ringing for all of us.  Answer now, or soon there won’t be anyone left to save. We will have saved everything from trees, bays to potcakes, but who will be left to inherit the better Bahamas? Shouldn’t it be our children?