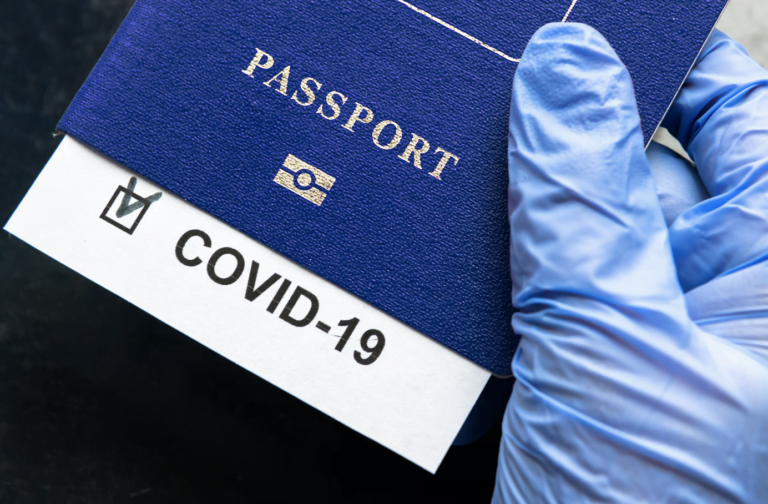 NASSAU, BAHAMAS — Living with COVID Coalition (LWCC) Chairman Robert Myers has urged the government to reconsider testing travelers for COVID-19 upon arrival in The Bahamas, insisting said the reversal of the decision is “irresponsible” and places the country at increased risk of community spread.

In a letter to Minister of Tourism Dionisio D’Aguilar dated October 29, Myers wrote: “Beyond the disrespect, this eleventh-hour revision presents to the many volunteers and thousands of hours that have been contributed to this not-for-profit effort, the government of The Bahamas’ current plan to eliminate the point of entry testing seems significantly less clear, secure and actionable, thus increasing the risk of further exposure to the citizens, communities, and businesses of The Bahamas.”

The quarantine measure remains in place for those traveling from New Providence or transiting the island for more than 24 hours.

All travelers require a negative RT-PCR test and are required to take a rapid antigen test on the fifth day.

In October, the Ministry of Tourism announced entry into The Bahamas as of November 1 would require a negative RT PCR COVID-19 test within five days prior to travel, rapid antigen testing upon arrival and again on the fifth day of stay.

During a Ministry of Tourism virtual press conference on Saturday, Deputy Chief Medical Officer Dr Delon Brennen said if an individual was exposed to the virus and tested the next day, for example, the test would not reflect a positive result as the incubation period can take five to six days on average.

He said an RT PCR COVID-19 test or rapid antigen test immediately after exposure for an asymptomatic carrier “won’t give you a yield on results that you are really looking for”.

Brennen said the ideal time for testing is when the individual is shedding the virus whether symptomatic or asymptomatic.

He said: “The average amount of time that takes is about five to six days, and thus why testing everyone on arrival doesn’t give you the type of results you would think it would as opposed to actually giving time for persons to go through the incubation period, assuming they’ve actually been exposed.”

“If someone were to be exposed immediately before they travel to The Bahamas, testing them on arrival isn’t going to reveal whether they were going to test positive or negative or not, so what you end up with is this false sense of security because that person is going to test negative,” said Brennen, adding that a negative result could decrease an individual’s adherence to health protocols.”

In response to the LWCC, D’Agular said it was a technical matter and an opinion on The Bahamas’ testing regime being robust enough.

He deferred to Brennen, who assured the testing regime was “robust enough”.

But Myers said it does not seem prudent that the socioeconomic health of the nation and physical health of its citizens should be dependent on a “voluntary questionnaire with no ramifications to those that may not choose to be entirely honest when completing it”.

He said: “It is our position that for the safety, health and security of the country that we must trust, but verify, as is the case with many other countries around the world, and that anything less is irresponsible and negligent.”

Myers said it was unclear what scientific evidence supported the government’s decision.

He noted it was contradictory to remove the rapid antigen testing requirement upon arrival, but require the same test of the fifth day of stay.

The LWCC chairman said if the measure is recognized to have value, it should be performed at the points of entry where it can provide an additional layer of protection and reduce some of the risks of infected travelers or returning citizens.

According to Myers, the revised regime relies too heavily on individual responsibility, compliance of visitors and residents, and government enforcement and follow-up.

“These are all areas in which The Bahamas has struggled with during the COVID crisis given its limited resources,” read the statement.

“The end-to-end solution crafted by the LWCC uses technology and testing at the point of entry to offer a controlled process of management that reduces the risk of non-compliance and the need for vast human capital to chase after visitors and residents.”

Additionally, Myers questioned the feasibility of the government motivating travelers and residents to complete questionnaires on a daily basis, police those who do not, and test people who present a high risk.

He recommended the government revisiting the insurance program for travelers to ensure the new risk has been accurately evaluated.

LWCC, a non-profit organization within the Organization for Responsible Governance, entered into a public-private partnership with the government to provide access to three million rapid antigen tests.

He’s just angry because his group can only sell half the test they projected.