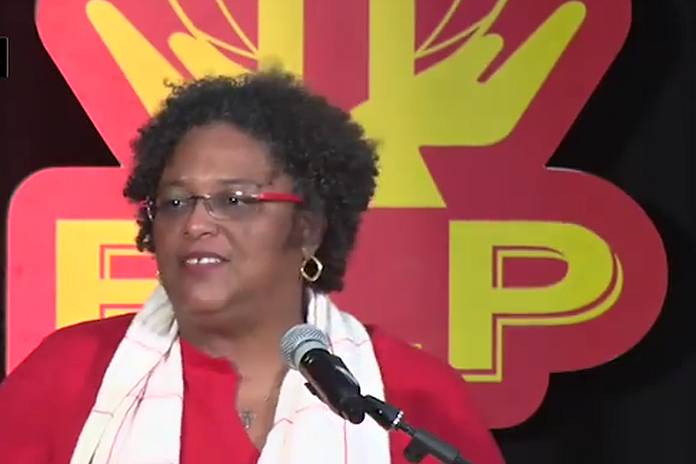 BRIDGETOWN, Barbados — The opposition Barbados Labour Party (BLP), led by Mia Mottley, won all of the 30 seats at stake in Thursday’s general election Barbados as she swept aside incumbent prime minister, Freundel Stuart, and the governing Democratic Labour Party (DLP) in an unprecedented clean-sweep.

After a somewhat chaotic day, with an emergency court hearing being convened on the issue of the right to vote of eligible Commonwealth citizens, something that had already been conclusively ruled on just days earlier by the Caribbean Court of Justice (CCJ), and an extension granted to allow earlier disenfranchised people the right to vote, official tallies began at roughly 10:30 pm and lasted well into the early morning.

Speaking with the media shortly after conceding defeat, Stuart said that he had already made up his mind that this would be his last election campaign and his last term in office, regardless of the outcome of Thursday’s elections.

With this win, 52-year-old Mottley becomes the first female prime minister of Barbados, and one of a handful of women elected to lead a Caribbean democracy.

The 2018 election now enters the history books as the first election in post-independence Barbados with a clean sweep of seats by a single political party. Prior to this the largest majorities were the 26:2 victory for the BLP in the 1999 election, and the 24:3 win in favour of the DLP in 1986.

The new House of Assembly will also boast the largest number of women Members of Parliament. There will be six women – up from one in the previous House.

The 2018 election featured a record 135 candidates from nine political parties, and a record 37 women candidates. Commonwealth citizens were allowed to vote for the first time among 255,833 registered voters.