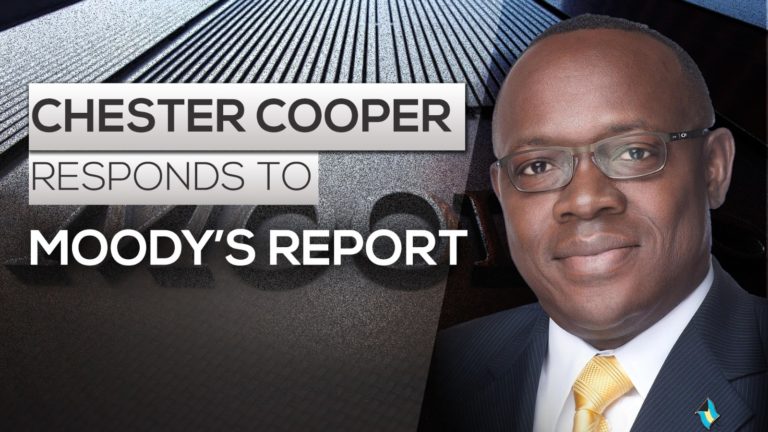 Shadow Minister of Finance and Deputy Leader of the Progressive Liberal Party (PLP) Chester Cooper said yesterday, that given the Minnis administration’s penchant for taking decisive action when foreign actors take issue with how it governs, it is hoped this latest assessment from credit rating agency Moody’s might serve as a wake-up call, as professional Bahamians who have made the same observations have been roundly ignored.

His words came in a statement released yesterday in response to The Bahamas maintaining its Baa3 negative credit rating from Moody’s Investor Service yesterday, despite the company suggesting that the country’s strengthening tourism sector and continued foreign direct investment projects will help sustain the country’s growth over the next fiscal year.

Moody’s did however, warn that The Bahamas could face a downgrade in the next 18 months, if the government fails to “reduce deficits to levels that would reverse the trend of rising debt ratios and lead to a stabilization in government debt metrics”.

Cooper added that, “despite the hand-wringing of the prime minister, the labelling of Bahamians as corrupt, the backloading of bills to inflate the prior year’s deficit, the firing of countless people from the public service, the unnecessary raising of value-added tax (VAT), the hubris of an adrift finance minister, and the clueless inability to accept that it has borrowed excessively with little to nothing to show for it, the credit rating for The Bahamas is unchanged and the outlook of the economy remains negative.”

Moody’s, he said, appears reticent to get behind the government’s efforts at fiscal consolidation and raises doubt that the measures put forward by the Minnis administration will bear fruit.

“The PLP suggests that the Free National Movement (FNM) cease blaming others for its inability to function and seek the advice that our best professionals are willing to give to get the engine of the economy firing on all cylinders,” Cooper wrote.

“Perhaps another well-placed letter from wealthy foreign interests leaked to the public is needed for this administration to begin to understand what is truly at stake, notwithstanding the next general election.”