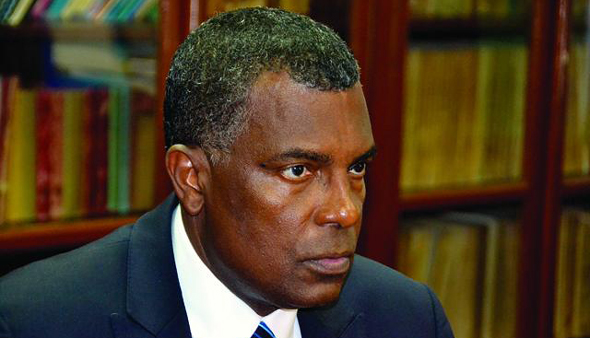 Progressive Liberal Party (PLP) Chairman, Senator Fred Mitchell on Sunday revealed that Ernst and Young (EU), the accounting firm who conducted the scathing Water and Sewerage audit “should be warned that the legal consequences of this sloppy report will be substantial.”

Senator Mitchell said the PLP’s lawyers are looking at this matter with a view to having the report be the subject of Judicial Review and struck out for want process and breaching the rules of natural justice.

“The Progressive Liberal Party deplores the fact that a professional accounting firm has so sullied its reputation by engaging the report which was tabled in the House of Assembly last week by the Government on the Water and Sewerage Corporation,” said Senator Mitchell in a statement released to the press.

“The report is replete with errors, misstatements and has violated the very basic tenets of natural justice, often repeating salacious, tendentious material and leaving half-baked and misleading innuendoes in the public domain. It has also violated the right to privacy of many private citizens.”

The PLP chairman says the Ernst and Young report does not meet the basic professional standards.

“It is quite a shame that a professional firm would allow itself to be used like political hacks by an FNM administration desperate to find dirt where there is none. This is simply providing a pretext for the FNM’s lack of capacity and lack of ability to govern,” he said.

The attacks didn’t stop at Ernst and Young.

The PLP chairman also took exception to a statement made by the FNM’s Chairman Carl Culmer on Sunday.

Mitchell warned Culmer saying he seems to be a candidate for “lamb of the year to the political slaughter”.

Mitchell charged that being FNM Chairman does not make Culmer’s comments immune from suits in defamation and libel.

“The latest release by Carl Culmer makes assertions of fact about corruption about the Leader of the PLP which are not only false but are defamatory,” he said.

“He sought to rely on the deficient Ernst and Young report to ground his facts but he should be warned that the report is not worth the paper it is written on. The report itself though laid in the House does not have the protection against defamation laws.”

The PLP chairman said what cannot be defended is the use of “salacious material which has no probative worth. Ernst and Young nor the government can defend the exposure of the confidential business of private citizens into the public domain without giving any of those persons any opportunity to be heard and say what their version of the story is.”