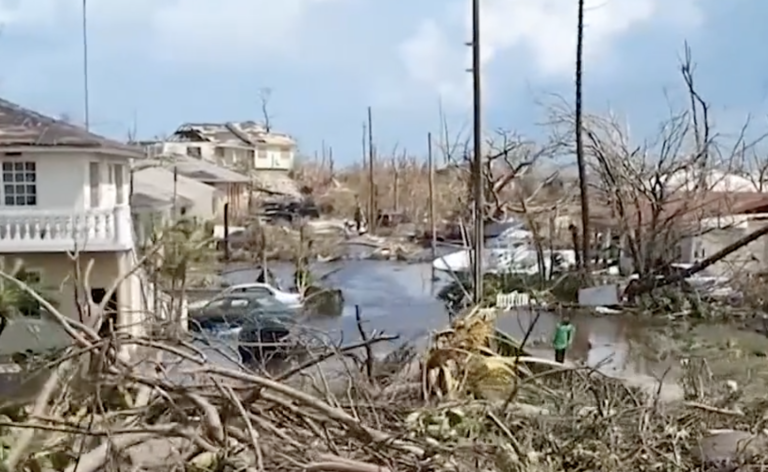 Thompson, the East Grand Bahama MP said in a statement, the Opposition is astounded to learn that the Davis administration has taken the “heartless decision” not to extend the tax-free zones under the Special Economic Recovery Zone Orders (SERZ). Thompson noted that the SERZ provisions have been and continue to be critical to the full recovery of Abaco and Grand Bahama.

“I remind the public that the Government made some important decisions that speak loudly to their priorities,’ he said.

“They decided to give a tax break to millionaires by removing 2 percent VAT on properties that are over $2 million dollars. They decided to remove taxes from million-dollar yachts, and they decided to increase their own travel budget. They have also directly caused the 160 percent increase in fuel cost on electricity for the people of Abaco and unlawfully paid for a political trip to Bermuda for the Progressive Liberal Party,” said Thompson.

He said: “If the government – as the Financial Secretary suggests – is pressed for that $50 million in foregone revenue, we remind the Davis administration of our repeated recommendation to reinstate the 2 percent additional VAT on high-end real estate purchases, repeal the tax cuts given to rich yacht owners, and decrease their travel budget by half.

Thompson acknowledged that the SERZ Order cannot remain in place indefinitely; however, he argued that any concerns can be crafted in an amendment to the Orders to limit the parameters to prevent fraud.

He further questioned how it can be legally possible to give concessions on a case-by-case basis.

“How can we be assured that the process will not be bogged down in red tape or that political favoritism will not occur?” Thompson said.

“It is also completely unacceptable that today is the last day for the SERZ Order and there is no specific information on what “case by case” means. What are the criteria? How long is the process? What documents will be required? Those of us in Grand Bahama and Abaco have been left abandoned.

The Minnis administration in The government in late 2019 declared the Abacos and the island of Grand Bahama special economic recovery zones to provide businesses and homeowners in the areas impacted by the deadly Category 5 Hurricane Dorian with a number of tax breaks and concessions.

Under the SERZ order, VAT, import duty, and excise tax were eliminated on construction materials and all other physical goods sold and brought into the zones; discounts were offered on the VAT payable on the sale of real property for transactions valued up to $500,000, and exemptions were instated for import taxes on replacement vehicles.

The Ministry of Grand Bahama in its own statement yesterday noted that the SERZ order expires today.

“Residents of Grand Bahama and Abaco who are still in the process of recovering and rebuilding from Hurricane Dorian, can submit applications for exemptions to the Ministry for  Grand Bahama in Freeport and the Office of the Prime Minister in Marsh Harbour, Abaco,” the ministry stated.

“The Ministry of Finance will review and where appropriate, approve applications, on a case-by-case basis, to ensure that it is directly related to loss associated with Hurricane Dorian,  and that conditions of the concessions are being honored.”

Financial Secretary Simon Wilson in an Eyewitness News interview yesterday acknowledged the SERZ order was necessary to aid in the recovery from Hurricane Dorian.

“There is no question about that,” Wilson said.

“The cost has been significant however. We estimate in the Ministry of Finance, the cost to be in the range of $50 million per annum. There are many persons who have not accessed the privileges under the special economic zone. To be clear, our position is that those persons are still eligible beyond December 1. In fact, we have met with shipping companies who have provided us with a manifest list of cargo which will arrive after December 1 and they will be provided the benefits,” said Wilson.

“We are still processing individual requests from homeowners in Abaco as well as Grand Bahama. To get those benefits beyond December 1 persons have to contact the Office of the Prime Minister in Abaco or the Ministry of Grand Bahama,” he said.

Wow, this is very sad for the Abacos and Grand Bahama. As a recent property owner in the Abacos, this will cause me to delay building of a home. But I really feel for the Abaconians that still have not recovered from the loss and destruction of Dorian. Please keep up the good fight Mr. Thompson and please let us know what we can to to keep the this issue front and center.