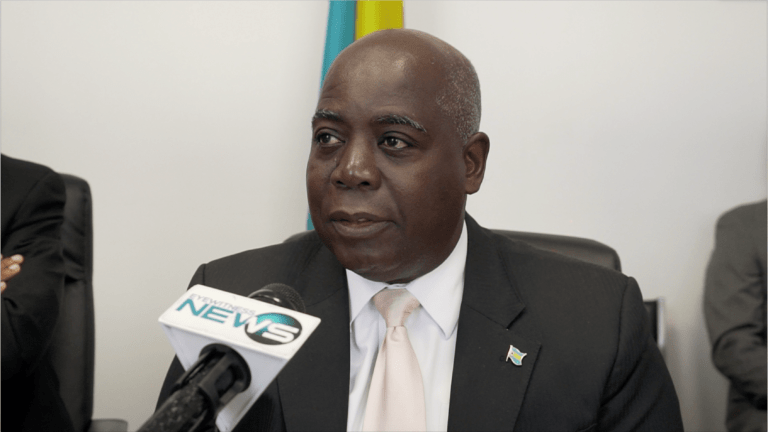 NASSAU, BAHAMAS — Opposition Leader Philip Brave Davis yesterday reaffirmed his support of oil drilling in The Bahamas under the caveat it is done in an “environmentally friendly” manner.

Davis, QC, told Eyewitness News that he still supports the agreement struck with the Bahamas Petroleum Company (BPC) to exploit the natural resource for the benefit of the Bahamian people — if it is found to exist.

The deal has never been made public; however, Davis said he believes the government should fully disclose its details due to the sensitive and sensational nature of oil drilling.

His support comes amid mounting environmental concerns and threat of legal action as a drillship makes its way to the country.

During the interview, Davis acknowledged his law firm represented BPC for a brief period but said he severed ties due to what he perceived might be a conflict of interest well before the 2007 general election.

The Progressive Liberal Party (PLP) leader also served as legal counsel for Tenneco, the company that drilled the last test well in the country in 1986.

As of yesterday, the vessel was near West Africa and expected to reach Grand Bahama by December 13.

The intended operational start date is December 15 and BPC has advised it will take about a week for the well to be provisioned, loaded and then transitioned to the drilling location.

The effort is threatened by a consortium of more than 80 local and international NGOs who are expected to file legal action to seek an injunction against BPC’s plan to drill for a test well and a judicial review of the matter.

The legal effort is being led by Fred Smith, QC, who assured Eyewitness News yesterday that those filings will be made ahead of the scheduled start date.

Smith called on the government to disclose the number of work permits granted to BPC, and whether the company has satisfied all health and safety regulations.

If successful, the legal action would represent the latest in a series of challenges BPC has faced since it was initially awarded five licenses by the Christie administration more than a decade ago in 2006.

Since then, the company has faced multiple starts and stops under successive governments including a moratorium on oil exploration following the Deepwater Horizon oil spill in 2010.

Last week, the Bahamas National Trust (BNT) doubled down on its stance against oil drilling in the country, pointing to the growing number of Bahamians opposed to the proposed oil exploration and the creation of an oil industry.

Yesterday, Davis said: “Once we follow the regulations that are in place, both parties (Progressive Liberal Party and Free National Movement) have committed to ensuring that if it exists we should exploit it for the benefit of the Bahamian people. I share that view, once it can be exploited in an environmentally friendly manner.”

Davis opined the BPC deal was reworked between 2007 and 2012 under the Free National Movement (FNM) administration.

He said the incoming Christie-led administration opted to revamp the Petroleum Act and regulations when they returned to government in 2012 and reviewed the existing agreement.

On the campaign trail in 2012, FNM leader and then-Prime Minister Hubert Ingraham said the party had no plans for oil drilling, and suggested the moratorium would remain in effect until the proper regulatory framework was put in place.

Days before the general election, then-PLP Leader Perry Christie promised his administration would not move forward with oil drilling unless backed by a national referendum.

The new Petroleum Act and regulations were passed in 2016.

Yesterday, Davis said: “What I’m saying is that our government and the FNM government, the previous one under (Hubert) Ingraham and ourselves, we all thought — my words — that if we have a natural resource of oil, why should we allow it not to be exploited for the benefit of the Bahamian people?

“Once it can be done in a manner that is environmentally friendly.”

Davis was asked to comment on the extent of his relationship with BPC given that he represented the company for less than a year sometime around 2005/2006.

However, he said referred them to another law firm after what he perceived might be a “potential conflict” more than 13 years ago.

Davis insisted his earlier representation did not represent a conflict of interest because BPC had been referred to him due to his background in representing oil exploration interests in The Bahamas.

“From 1977, I would have represented at least four or five companies with oil interests that may have applied to the Bahamas government for licenses to explore,” he said.

Meanwhile, PLP Senator JoBeth Coleby-Davis has worked as legal counsel at BPC for nearly a decade, since 2011.

According to her LinkedIn profile, the position requires her to “oversee on a daily basis: government relations, review of contractual agreements, negotiations, keen understanding of the petroleum regime in The Bahamas and the international community, risk assessment and management of contractual arrangements, compliance, assets and other areas”.

“I am also assisting with the upcoming Public (BDR) Offering of stocks to the Bahamian market and have knowledge of the market, stocks, hedge funds and the Securities Industries Act of the Bahamas,” the profile read.

Yesterday, the opposition leader said he did not expect her position within the company to become a conflict of interest as the party seeks a return to power at the polls in 2022.

“Only if she remains involved, it depends on what role she plays in our government,” he said.

“She would not be able to participate in decisions relating to that and/or if she has any interests, she would have to divest those interests — whatever they may be.”

Sensible comments. We will find out in February if we have any oil to extract and sell.