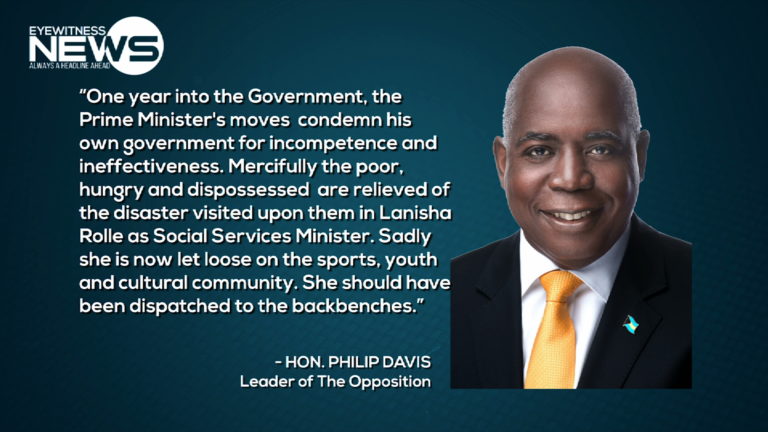 Leader of the Opposition Philip Davis on Monday evening blasted the recent Cabinet shuffle, calling it nothing more than political musical chairs.

In a statement released to media yesterday, Davis said, the reassignments accomplish nothing of substance and is merely the shuffling of a “bad deck of cards”.

He noted that just one year into governance, Prime Minister Dr. Hubert Minnis’ moves condemn his own government for incompetence and ineffectiveness.

“Mercifully, the poor, hungry and dispossessed are relieved of the disaster visited upon them in Lanisha Rolle as Social Services Minister,” Davis wrote.

“Sadly, she is now let loose on the sports, youth and cultural community. She should have been dispatched to the backbenches.”

Davis noted that the Progressive Liberal Party (PLP) is not impressed with the new move at all and said, that just one day after imposing a whopping 60 per cent increase in tax on the Bahamian people, Dr. Minnis seeks to “distract us from real problems imposed by his government with this nonsensical Cabinet shuffle”.