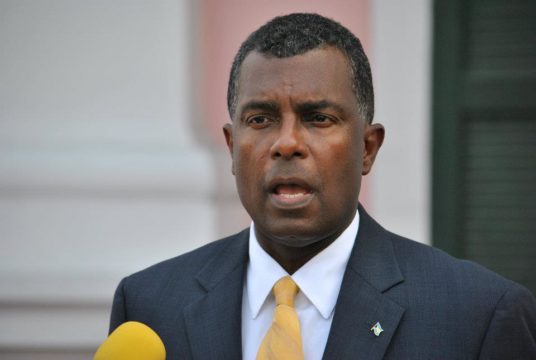 NASSAU, BAHAMAS – On the heels of government’s announcement that Global Ports Holding (GPH) was selected as the preferred bidder for the redevelopment of Nassau’s cruise port, the Opposition wasted no time on Sunday to respond, calling on the government to be transparent.

Progressive Liberal Party (PLP) Chairman, Senator Fred Mitchell, said in the interest of transparency, the government must make available to the public, the absolute details on the terms and conditions of this latest agreement with GPH.

“The PLP is clear on its position regarding such agreements,” Mitchell said, adding that under no conditions must the port,  a vital national asset, be sold.

“The strategic partner must have investment grade security to be able to adequately fund the port’s development and there must be significant Bahamian operational and ownership participation in the management firm.”

The PLP chairman also noted that the Arawak Port Development Company (APD) and its principal shareholders should not own shares in nor should they have management or ownership participation in this cruise ship port development.

“The Nassau Airport Development Company (NAD) is a successful model the PLP administration designed and therefore we expect no less for the Bahamian people.” Mitchell said.  “Further, Bahamians at large must own shares in this commercial entity together with the provision of financing facilities to purchase the shares.”

“Access to commercial opportunities by Bahamian vendors and transportation interests is mandatory in this venture. There can be no compromise on this.”

Mitchell said the PLP looks forward to examining this agreement in detail to ensure that Bahamian stakeholders are treated fairly and equitably.

“We will have more to say on this matter in the coming days and weeks,” he said.

At yesterday’s press conference, Minister of Tourism Dionisio D’Aguilar stressed that the future arrangement with GPH does not represent a sale of the port.

A statement released yesterday from GPH said the project’s start date is subject to customary negotiations with the Government of the Bahamas and regulatory approvals before an agreement is signed, which is expected to take 60 – 120 days.

Under the proposed ownership structure of NCP, Global Ports Holding will own 49 per cent of the company, while another 49 per cent will be owned by the Bahamas Investment Fund (BIF).

BIF will be created to serve as an investment vehicle which will allow tens of thousands of Bahamians to become shareholders in the project.

The final two per cent will be used to establish the YES Foundation, a charitable fund that will support youth, education and sports programs.

The plan also includes the development of a world-class entertainment venue, the formation of partnerships with local stakeholders and various forms of support to improve the state of the downtown core.