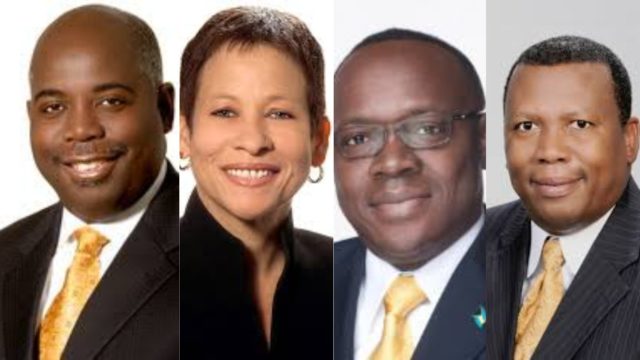 NASSAU, BAHAMAS – The Official Opposition walked out of the House of Assembly during yesterday’s morning session as Minister of National Security Marvin Dames stood to contribute on the National Crime Intelligence Agency Bill (NCIA), 2019, mirroring a move made in February.

The opposition’s boycott of parliamentary proceedings began in early February as a result of the government ignoring calls for the resignation of Minister of Health Dr. Duane Sands and Dames regarding their involvement in former Progressive Liberal Party (PLP) Senator Frank Smith’s bribery and extortion trial, which was dismissed.

The PLP accused the Minnis administration of abusing its power and said the failure of the two Cabinet ministers to resign was further evidence of such abuse.

The PLP ended that boycott on February 27, and announced plans to write to CARICOM and the Commonwealth Secretariat on the contentious issue.

As House of Assembly Speaker Halson Moutrie recognized Dames for the second reading of the NCIA Bill, 2019, each of the members of the opposition present got up from their seats and walked out of the Lower Chamber.

As they exited, Dames said, “Where are ya’ll going? I don’t think you want to miss this one.

He continued, “We’d be more than happy to have your time.”

The chamber erupted in laughter.

The opposition did not return until Dames ended his contribution.

In a statement yesterday, the PLP renewed its call for Dames to resign.

“The PLP calls again for him to resign or be dismissed,” the party said.

“He stands judicially condemned because of his conduct in the Frank Smith case.”

The matter resumed before the appellate court last week.

In early February, Chief Magistrate Joyann Ferguson-Pratt determined there was no case for Smith to answer.

She said the prosecution failed to prove that Smith, the former Public Hospitals Authority chairman, received bribes in the amount of $60,000 from the complainant, Barbara Hanna, between 2016 and 2017.

Hanna, the owner of Magic Touch Cleaning, was awarded a $516,000 contract to clean the critical care unit of the Princess Margaret Hospital.

As it relates to Sands, she said the award of a second contract of $1.8 million by Sands after the complainant made the corruption allegations, raised a “spectre of impropriety”.

Ferguson-Pratt noted that Sands awarded the contract without the approval of the PHA board.