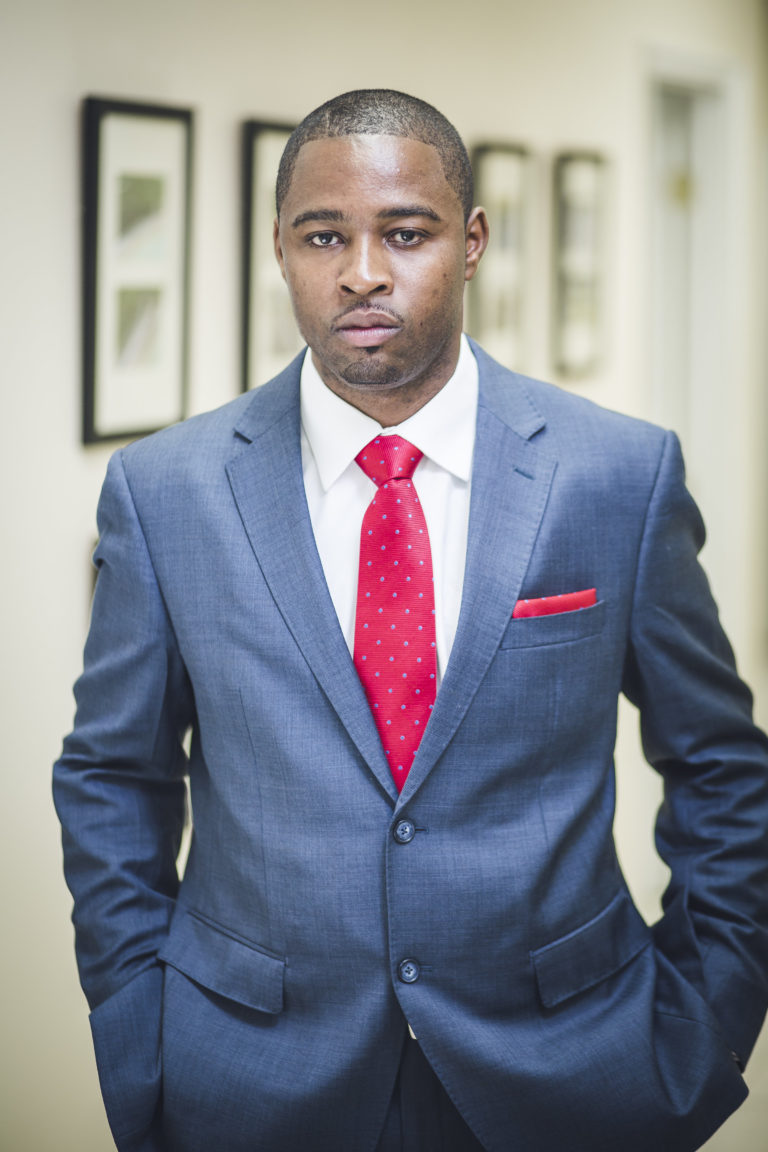 NASSAU, BAHAMAS – If you ever thought nothing good could come from Murphy’s Town or Kemp Road, think again.

By virtue of its unlikely inception – a $5,000 grant from government – Bahamas Striping and, by extension, its business leaders Atario Mitchell and Dominic Sturrup have done what few businesses in The Bahamas have been able to achieve, success under a public microscope and a glaring media spotlight fluctuating from warm and favourable to scorching on occasions.

“In our ninth year of operations we have transitioned from a two-person founding team creating a business to take advantage of an opportunity to a multi-million-dollar enterprise with a clear vision for how to pursue growth into another generation,” said Mr. Mitchell, who has transcended his humble beginnings and misspent youth, growing up in Central Abaco’s Murphy’s Town as an unruly child with little use for school and learning.

Even before he began to grow his company, the president of Bahamas Striping had taken steps to reform himself, investing time and money in pursuit of learning, training and self-development opportunities.

Now, Mitchell stands on the cusp of transforming his company for decades to come.

“I understand now why we did not get some opportunities we pursued in the early years,” said Bahamas Striping Group of Companies (BSGC) chairman Dominic Sturrup, in a rare moment of self-reflection.

“We had not proven ourselves or demonstrated our full capabilities,” said the former Kemp Road resident who worked beside Mitchell from day one.

The pair, who sat for a recent interview, vividly recalls the dire threat the company faced over the years.

“From the onset, we were David up against Goliath, forced to compete against a mega, foreign-based company for work,” Mitchell contends. “Later, we were blackballed in our bids for public works projects.”

Each time the company adapted or invested as necessary, emerging stronger than before. In fact, it was the alleged blackballing which forced the company to grow the business beyond striping or die. Thus, its foray into airport runway maintenance.

“We had to find an alternative source of revenue to bring into the company,” said Sturrup who served as senior vice president of business development for most of the company’s short history.

“Today, we thank our detractors. If it wasn’t for being blacklisted by a key person in one government ministry, we would not have thought out of the box and be where we are today.”

A bipartisan company, Bahamas Striping recorded milestones through a trio of administrations growing not from political favours but from strategic opportunities both in the public and private sectors.

Under the Ingraham Administration, the company got its start and was able to establish its footing. The company executed its first public-private partnership (PPP) project, the Fox Hill Community Centre, under the Christie Government in addition to introducing its road rejuvenation and cold patch products to a welcoming, national market.

Now, under the Minnis Administration, the company believes the business environment is ripe for its accelerated growth.

Still, the company’s top executives are quick to deny that anything was ever handed to them. If there is one thing a Kemp Road boy knows all too well is how to fight for success every step of the way, keeping hopelessness at bay while pounding the pavement to drum up new business opportunities.

“We couldn’t beat the foreign company on price. The small size of our operations back then meant we had less purchasing power since we were buying in smaller quantities,” Sturrup recalled. “We had to beat them on service, availability, quality of work and convenience.”

While structuring its business for growth, in one instance, the company invested $80,000 in equipment for a job it had won only to be told they would not receive the $500,000 road striping contract.

Another time, Bahamas Striping hired and trained 12 men from inner-city communities in anticipation of work on a public project it won through a bidding process, only to be told by the Ministry of Works no funds were available. For company executives, the 2016 experience served as further proof of their alleged blacklisting.

“Around 2017, we realized we were going to run out of roads and airports to stripe and maintain. At some point, there would not be a need for the tons of cold patch we were bringing into the country,” Sturrup said.

The way the principals view their business today is not how they saw it when it first began.

“We had to look at diversifying the business,” Sturrup said of the group of companies which currently includes Airport Maintenance Services, specialising in all aspects of aerodrome maintenance at world-class standards; Caribbean Pavement Solutions, a regional distributor for asphalt rejuvenation; Bahamas Themed Photography, a company specialising in high-end digital imaging services; Abaco Caribbean Holdings and Atillio Holdings.

The holding companies are largely used for property investment, development and management. Aside from the Fox Hill Community Center, other projects included Road Traffic facilities and infrastructure on Carmichael Road, Freeport and Exuma, and the Department of Inland Revenue, among other projects.

“We were one of the first Bahamian companies to push the PPP concept and we’re looking forward to growing it to include road paving, government complexes, airports and schools,” said Sturrup who got his first taste of how big businesses operates while working for the late Norman Solomon.

During the time he served as the late business tycoon’s marketing director for Solomon’s Group of Companies, he learnt at least one pivotal lesson.

“That’s empowering to understand how one goes about achieving wealth,” Sturrup said.

The advice is something the company intends to heed. Should the government implement policies to protect the poultry market in a world trade environment, BSGC is prepared to invest heavily in the industry that it already spent thousands of dollars researching.

“We have local Bahamians who are prepared to invest in it with us, but first they want assurances from the government,” said Mitchell. “In that respect, it would not be a longshot for us. You’ll have to be a fool to go into the poultry market as it is now.”

The company has taken a multi-prong approach to growth, meaning it pays close attention to its finance, operations, human capital and marketing, among other areas.

“One of our major weaknesses when we started the company, we did not keep good accounts,” shared Sturrup. “Now, we’re catching up on that, conducting proper, annual audits.”

He pointed to another mistake entrepreneurs make, going into business with people they do not know who could possess different business philosophies.

Sharing the same values, vision, and mission as Mitchell makes it easier to communicate internally to ensure common goals, he said.

Most founders often have a hard time relinquishing certain duties, particularly when they are accustomed to doing everything themselves. As it transitions from a small to medium-size enterprise, Messrs. Mitchell and Sturrup have begun to let others take responsibility for certain aspects of the business providing them with more time to map out a path for strategic, long-term growth.

“Over the past three to four months the company has been restructuring from the top down,” said Dr. Allen Albury, BSGC’s managing director.

“Mr. Sturrup has moved from BSGC’s chairman to executive chairman legitimately paving the way for the president’s function to change, in terms of the day-to-day affairs of the business.”

In fact, the roles of Albury and Fredericka Sturrup, BSGC’s vice president of human resources and training, are changing as well.

“This is critically important because of the diversification that is taking place,” Dr Albury noted. “The principals of the company can no longer manage on a day-to-day basis every detail of all these various companies, so the restructuring is designed to allow persons to have a greater level of accountability, greater level of responsibility and also allow the company to transition so that the principals could focus more on the strategic growth of the business and leave the administration of the company to management personnel.”

A reshaping is happening at the Board of Directors level too. Although most sitting members served since inception, they were not formally trained with regards to the board’s duties and responsibilities as it relates to good corporate governance.

In this regard, the company has invested in training ensuring a well-functioning board that could deliver accountability while accurately assessing the overall strategy of the business.

“I’d like for our legacy to be the creation of a business that could be handed down to future generations,” said Sturrup, who also serves as chairman of the board.

“We want to build a company the Bahamian people could be proud of. We look forward to the day when we are able to offer stocks in our company to the public, for them to invest and share in the profits.”