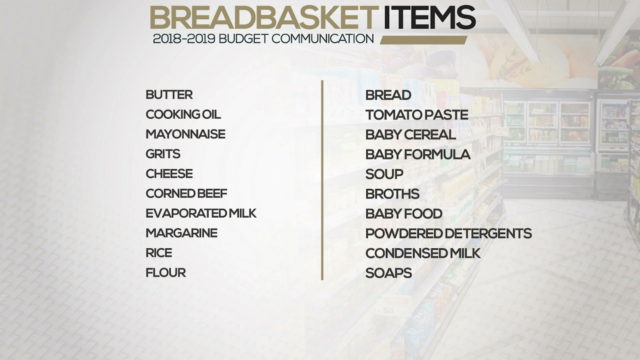 There has been a half-baked attempt to pretend to be looking out for the people as it relates to health. But are we serious about the many photo opportunities or are we genuine in our efforts.

I am obsessed with being sober. There is absolutely no one, or occasion that I can use as an excuse for me to consume alcohol, I am not telling anyone if they should drink or not.

But the focus of this letter is to prove that the attempt to start to be a healthier nation by the Minister of Health Dr. Duane Sands has fallen flat.  I am convinced that all Sands was doing was to do or say something, anything that would get him some press. His quest to jockey for position has clouded his otherwise common-sense.

Since Dr. Sands wants to pretend to be helping, he should, with the greatest speed, ban cigarettes.

Cigarettes has been directly responsible for the demise of many Bahamians whether becoming habitual users or subjected to second hand smoke.  Which we are on the subject of smoking, is there a ban on smoking indoors in businesses.

Why are the casino staff tortured by patrons who blow smoke in their faces, sometimes deliberately, for their full eight hour shift.  It is well documented that second hand smoke have caused more damage than smoking directly.

Ban all snacks that is loaded with artificial preservatives, additives and sugar that has caused our impressionable children to have a great disadvantage in their formative years.

There should be no snack sold near or around a school where an unsupervised child can take is lunch money and buy candies. Sodas should be banned from all schools and replaced with water only.

Teachers a slaughtered by 40 children in a class all wired with sugar.  Lord knows how a sane teacher can last for years after being held hostage by children in sugar overload.

The Minister of Education Jeff Lloyd would have something to be “happy” about, when he announce that the decision is made to remedy this highly damaging age old practice.

Politics and “taking bread out of people’s mouth” should be the last assassin excuses for not fixing a problem that has cause enough damage to our children.

These two examples are just a microcosm of the problems in our health system that need to be addressed, if the good doctor is serious.

Finally, Dr. Sands must be under the floor hiding right now.  All of the breadbasket items that has been declared vat free are all unhealthy and could contribute to high blood pressure and eventually death.  If the FNM was sincere, they would lift the VAT on fruits and vegetables. It is now clear how much the FNM care about us from over the hill.

Well blow me down. I wonder who all are bragging now, that it is “The people’s time!”