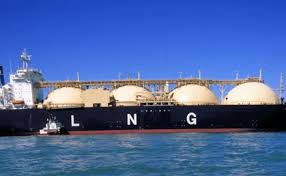 I read in your columns recently that the new LNG facility at Clifton Pier will be a “tri-fuel” facility. Apparently, this means that Liquefied Natural Gas will be added to the already existing heavy polluting fuels that are used to power the BPL plant and other facilities located at the pier. So then, I have to ask, where on earth is the progress?

I was under the impression that the point of making this switch to LNG was to use a cleaner fuel and thereby reduce the terrible pollution that has gone unchecked in the area for decades. At times it is so bad that the entire surface of the water is covered in an awful smelling, brown sludge. I wonder if we have any idea at all what we have done to the environment, the fisheries etc. in that area.

The other aim was to use a fuel that is cheaper, thereby reducing the incredibly high electricity bill that we all pay in return for chronically terrible service and wholesale incompetence on the part of BPL.

But now it turns out that all we are doing is only ‘adding’ LNG, which is itself a fossil fuel and not renewable, to the toxic mix of dangerous fuels that we have already relied on for far too long and which we have allowed to leak into the ground and the water for decades in such a shamefully irresponsible manner. LNG works very well in tandem with solar power and with wind, maybe even hydropower from the sea. Why did the government demand such an operation when it called for proposals to upgrade BPL?

To me, this seems like just more of the same, plus LNG on top. Meanwhile, the average Bahamian is still paying through the nose for electricity and suffering power cuts on a regular basis. And Lord only knows how many more years Clifton will continue to be polluted as a result.

You have to wonder, how did the government ever come to make this deal in the first place? Will they ever release the agreement so we can see what is planned and how much we will have to pay for electricity? Apparently, the more things change, the more they stay the same.