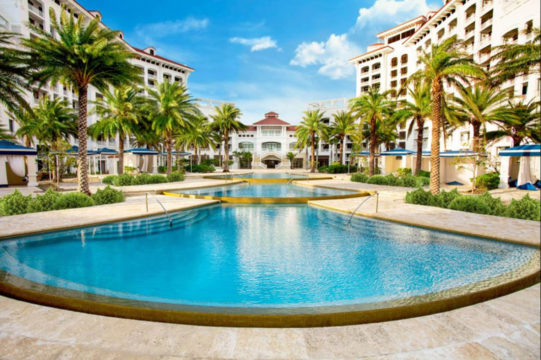 Rosewood at Baha Mar.
DISCLAIMER: ‘Letters to the Editor’ is a platform for members of the public-at-large to express their personal views on current events. The views expressed in these letters do NOT reflect the views of Eyewitness News, its parent company Verizon Media Group, its affiliates or any of its executive boards. Eyewitness News has no affiliation or attachment to any of the information, content, material, products or services included in the Letters to the Editor published and, subsequently, will not be liable for any indirect, incidental, punitive or consequential damages that may incur.
Dear Editor,
Thank goodness stopover tourism is finally back and our nightmare of reliance on cruise ships seems to be coming to an end. Baha Mar, The Pointe, new or redeveloped properties in Grand Bahama: not since the establishment of Atlantis has there been so much potential to sell thousands of new room nights, employ thousands of Bahamians and reinvigorate our tourism economy.
For a long time, politicians have celebrated growing tourist numbers, now up to about 6 million a year. But the dirty little secret is that the vast majority of this growth has been in cruise ship visitors, whereas stopover tourists numbers, those who stay in hotels for days and sometimes weeks, have been stagnating.
Stopover visitors spend far more than cruise ship passengers, who are sometimes in the country for only a handful of hours and spend most of their money on cheap trinkets downtown or else on tours of the Atlantis property. Some don’t even leave the ship while in port, preferring instead to take advantage of the all-inclusive dining, games and casino onboard.
The difference really is staggering. According to the Minister of Tourism, cruise ship passengers spend around $69 in the country, while stopover visitors spend around $1,500. The result has been the cheapening of our tourism product, which now focuses on poor quality, fake an knock-off goods to cater to the tastes and wallets of the cruise ship passengers. It really has been a curse on our economy and culture.
I can remember a time when the cultural offerings of the Bahamas, including entertainment and traditionally crafted goods, were world renowned around the world. Sure, these things were a bit more expensive, but back then we had a tourism market that attracted visitors who valued and appreciated authentic quality, true culture and ‘the real deal’. Over the past few decades, all that seemed to have disappeared.
But now there is light at the end of the tunnel. The government must do all that it can to continue this trend and encourage high end stopover tourists to come here. It must use the opportunity to encourage craftsmen, straw vendors and entertainers to get back to their roots and deliver authentic quality. At the very least, the regulations banning fake, knock-off goods must be enforced once again.
Downtown Nassau and Freeport must be transformed into more than just cheap cruise ship ports. They must once again become cultural centers that entice high spending stopover tourists out of their hotels, encourage them to part with their dollars while discovering what the Bahamas is really all about. They must also return to their role as a hub for local shopping, gathering and entertainment.
The new hotels will do wonders for unemployment, but this is about more than just jobs. This is about rescuing our idenity and culture and preserving it for our children and grand children.
Regards,
Caleb Mac