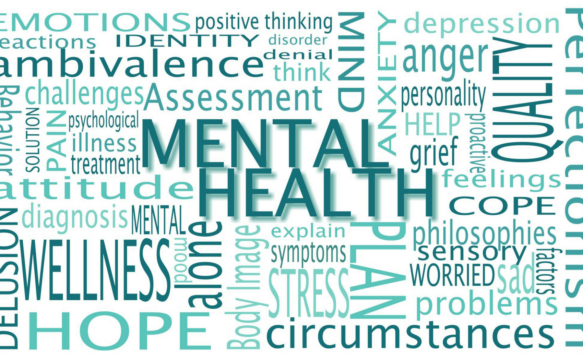 The mind is a terrible thing to waste!

Every family in the Bahamas has someone, or a few members, who have mental issues, some more than others.

Isn’t it time for the people in authority to move mental health to the top of the “things to do” list? Priority must be given to more education involvement and funding for Sandilands, in an effort to be able to address the situation. More serious attention must be given to removing the stigma that has gripped this nation for far too long.

It is embarrassing that in the 21st Century, supposedly intelligent Bahamians still cannot pull themselves out of the dungeon of ignorance to freely discuss this topic, that has and is affecting almost every family. we are so ashamed about our family with mental issues, we hide them and keep it a secret.

The ignorance displayed by Bahamians to mental health unfortunately has now become an epidemic. We have always looked at people with mental challenges as less than human.  We, seeped in ignorance, have labelled people who sometimes display mental inconsistencies as crazy. Sandilands is known by all as the crazy hill.

But what is mental health and why should patients who are at risk, not being given the respect and urgency by society just like any other ailment or who have other physically challenges?

The psychological and emotional wellbeing can come in many disguises. It can come dressed in a tailor made coat suit, just waiting to be triggered. It can come in the form of a smiling person who seem to have it all together, and shazam, it explodes.

There is no rhyme or reason, just the wrong thing said or done can cause the sudden change in mood, and then there are changes in mood for no apparent reason. This behaviour, knows no colour, gender, religion, socio-economic or political persuasions.

The mind and brain is just as important as the heart, lungs, kidneys, liver, colon, vagina, penis and other vital organs.

It’s time to get serious about mental health!

We sometimes brag that we went to get a physical. We even itemise what all has been checked.  But most of us would die a thousand deaths if our visit to a psychiatrist was revealed. Our families would rather take us in the dead of night to have our heads checked. The subject is taboo!

I have emphasised too many times that the level of ignorance in the Bahamas is at an all time high. Not everyone with a mental disability is violent, and not everyone without a mental issue are calm.

We equate mental challenges to be subhuman. People from well-off families would spend big dollars to ship their loved ones out of town to hide that they are not able to manage their emotions properly.

For the record, the whole Bahamas has a mental issue.  Just look at how we talk to and about each other. Just watch the way politicians viciously attack each other, sometimes personally, just to be seen. These characters could care less how damaging their nasty words destroy families.  Are these signs of rational individual?

The authorities have not given mental health the kind of attention it desperately needs. The education needed for Bahamians to stop the stigma attached to Sandilands and mental health must start in earnest.

The emotional state of the Bahamas is at an all-time low. The powder keg has been lit. It is on the brink of a collective emotionally charged people, venting at the same time.

People have lost all hope and something must be done to quell the inevitable.

Many of us are depressed, some for family matters, some because they cannot support themselves and others because they have been taken advantage of, like losing their jobs.

Depression is a silent killer and the stigma is making the country sicker. It’s a serious epidemic and is prevalent. The level of ignorance is retarding progress. But the sad part is the people who make decisions for us at the highest level, are part of the problem rather than working feverishly for solutions.

Therefore it is time to move from the self-aggrandisement and allow the people who are not only concerned, but willing to lend a helping hand toward removing the stigma.  Give those who have the courage to speak to the issue from their own experiences an opportunity.

Make sure everyone in the Bahamans knows that the head is a part of the body, if it is allowed to deteriorate, then the rest of the body is gone. Give the head that same respect as the heart, and other equal important parts.

Finally, there are too may suicides. There is a concerted effort to conceal or hide this.  But we know what is happening and this alone, screams that we need to get on the ball to addressing mental health.

Let us stop the discrimination with people who are mentally challenged, they are human beings too. We must move to uplifting human dignity.

I offer myself toward spreading the good news that all of us are deserving of being treated as human beings, no matter our weaknesses. It is ok to have a mental issue and there is a place that it can be remedied, where love and attention is given in a clean, safe environment.

I must applaud the staff at Sandilands Rehabilitation Centre, who work tirelessly, sacrificing while going far beyond the call of duty to give the best quality care to the clients.

These selfless, rare people go unnoticed and are not recognised or encouraged enough.  While I know that they do not seek accolades, encouragement is the least that can be done.

Out of suffering emerge the strongest souls: the most massive characters are seared with scars.

Nelson Mandela said, “To deny people their human rights is to challenge their very humanity”.

This subject is dear to me, I am up to the task.  I trust there are others who stop thinking of self and extend a helping hand.

My living will not be in vain!