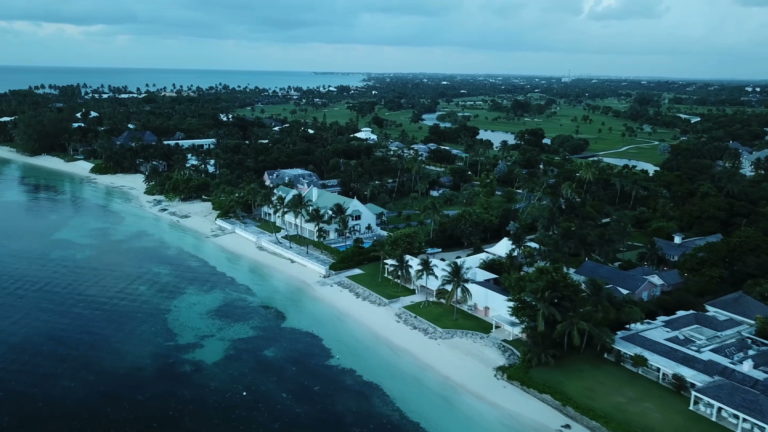 Anytime there is a need to address the thick demarkation line drawn between whites and blacks in The Bahamas, that existed since time immemorial, there are some who try to frighten the debate by saying that the race card is being played. Why can’t there be a healthy debate about the obvious?

With that being said, let’s play cards.

In 1967 the PLP under the leadership of Sir Lynden Oscar Pindling wrestled the reigns of government from defiant UBP, who resisted the notion that blacks should have equal privileges of, one man, one vote”. The PLP gained political power, but the UBP, regardless what name they called themselves afterward, still maintained financial power. Their insatiable greed exists today.

The UBP owned everything then, today after many elections they still own everything. But let me hasten to say, that not all Bahamian whites suffer from the sense of entitlement or superiority complex. These comments are not for everyone, but there are many who the cap fits.

The people from ‘over the hill’ shop at all of the white own business, but the people on the Eastern Road and Lyford Cay do not shop at any of the “over the hill’ businesses. See the game?

They do not take part in any national event.  They are not involved or are part of many of our most important institutions.  They are not employed as police officers, immigration, customs, hospital, social services.  They do not volunteer at our hospitals, NOTHING!

Even though there are many scenarios that played out since 1967, where the many splinter political groups joined themselves together to create the FNM, the underlying plan was for the UBP to regain control at all cost.  They knew that they could not come back with the same faces, so they used “brainwashed” selfish men, who would stoop to advance their agenda, but completely disguised.

Today we see the heavy-handedness being played out with the subtle takeover of all of the government agencies. There is a plan afoot where all of the many departments of government will be outsourced to private companies. Private companies that will be controlled by the original families who will reap all of the benefits, doing all of the relative services that once were handled by government.

Information Technology in most important. Ministries are being outsourced as we speak to new companies that would have been created by the government officials in that ministry.  CAN YOU SMELL IT YET?

That is why, according to them, there is no need for government workers. I predict a mass firing of government workers, the departments they work in now will become extinct. Thousands will be sent home within months under the disguise of fiscal prudence.

A few blacks, especially with journalistic connections, who have been already commissioned to create the “fake news” associated with the deception, will benefit. There has already been a hefty contract for public relations.  They write under assumed names, while hiding like the cowards and has done irreparable damage. The plan has already been hatched to fool all of us.

We see you. We know who you are and we saw what you did. Soon the country will know your name.

Watch the pattern of carefully crafted opinion writers, all synchronizing their message to “pull the wool” over the eyes of the gullible party cheerleaders, strictly for selfish reasons. But when they really find out how they have been played, they will “cuss their mar” afterward.

But the sad part is that the people with a lighter hue, are more brazen these days because they have former “big timers” who held their noses, while they “shafted” their own kind on their side.

The people with a false sense of security behind the gates are in charge.  Even though they cried wolf about the previous administration, they will make sure that even if the FNM loses the next election, there will be nothing left for the ants to get. ALL WILL BE GONE.

“There will be weeping and gnashing of teeth!”

Finally, have you noticed that the deterioration of “over the hill” is rapid? Do you think that is an accident? I strongly believe that it is designed so that the vicious cycle of dependence on the mercantile elite could continue into eternity. That is their method to maintain control.

Independence day is the biggest joke that has ever been visited on a people, anywhere. We are limited in our movement, and how we live.  We are caged, duck tapped, and like a deer, steering in the headlights.

Our own black brothers, who are now experiencing a false sense of entitlement because they are allowed to visit with these families on the Eastern Road and Lyford Cay, will carry out the dirty work. We know who you are, they will not get away with it. The people are simply disgusted.

On a completely other note and probably a bit off course, in keeping with this dehumanising psychological game plan, I don’t see the immigration chasing white people through the bush after they have overstayed for years beyond their time. There are scores of illegals who walk through our airports then disappear.  But once they are joined with a reputable family, that is the end of that.

Nowadays, the Minister of Investment can meet Mr. Potential Businessperson in Switzerland, stamp his Immigration right there and then, so when he lands, he has all of the privileges of a resident or work permit, with no formalities,  a “one-stop shop” I would say.  What powers, given to one man?

But our black brothers and sisters, who are targeted from the Caribbean are treated like dogs.  Needless to say, that thousands of Bahamians originated for these same Caribbean islands. But us blacks are party to this ‘cleansing’ because we want to appease our masters.