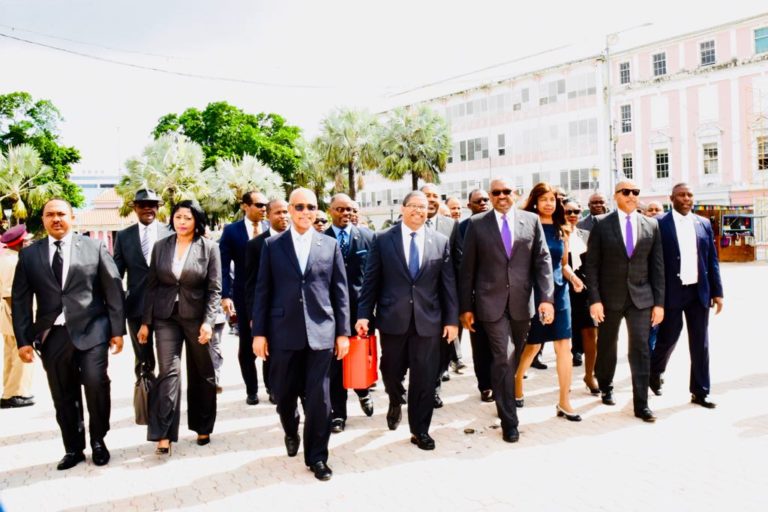 Bahamians have become so afraid to express their opinion that the silence is deafening, even on topics that will certainly destroy their lives. We have become cowards, selfish, and inhumane in many cases. Because we supported the present party in power we will dishonestly agree with things we know deep in out hearts are simply, “not right”. The mirror will cause you much pain.

The increase of VAT has targeted the poor.  It is designed to make sure it is harder for people from over the hill to make ends meet.  There can be no explanation for heaping this kind of burden on a people, many who have no jobs and many more who the government does not care enough to raise the minimum wage to a humane acceptable level.

The rich already do not contribute to National Insurance at the same percentage rate of their salary as the poor. They give pittance compared and they are exempted otherwise.

The rich do not pay Customs Duty because they are given special privileges based on their influence and clout. They always get a “smooth sailing” compared to the mother from over the hill who are scrapping to live.  Customs cant wait to humiliate them to satisfy their egos.

The ease of shipping is greater for the wealthy. Does any honest sensible Bahamian believe for one second that Customs will go the many canals in the night to search luxury boat cruising in the dark of night? Are are we that “brainwashed” to believe they are honest to leave their shipment on the boat until they call Customs?

This pattern of keeping the poor poorer is not an accident, because the old playbook caused the powers that be to need the money for a campaign and forced to pay back the money by continuing the concessions.

So all the plans to suffocate the people over the hill must continue. It is easier to control them if they remain “needy”.

That is why it is easy and brazen for DPM, Minister of Finance Peter Turnquest, with the straightest face, say that Helicopter and Airplanes are off limits.  He knew that no one from over the hill is included on that list, but he also made sure that it was easier for the big car dealers to import and harder for the poor man to import a car, just to get him from home to work and take his children to school.

My God, why put your hand over the man’s mouth, that asks him to breathe? Where has this kind of insensitivity come from? How did we get so cold? Do the accumulation of money and the ascension to lofty positions change us into monsters? What happened????

Taxes of any kind always cripple the poor.  The rich, especially the FNM who have a silly explanation for the most assassin things, have lost their soul because many of the suffering people are their friends and family.

The most unfortunate thing though, is that the people are so frightened to even speak because they have been threatened to be fired if they expressed their displeasure with the government.

Democracy and the constitution have become obsolete. We are in trouble!

On another note, I am forced to ask, where are the principled members of the government. Why did they abandon the simple norms like decency and the golden rule?

“Our prime purpose in this life is to help others. And if you can’t help them, at least don’t hurt them.” ― Dalai Lama

I am reminded that what goes around, comes across.