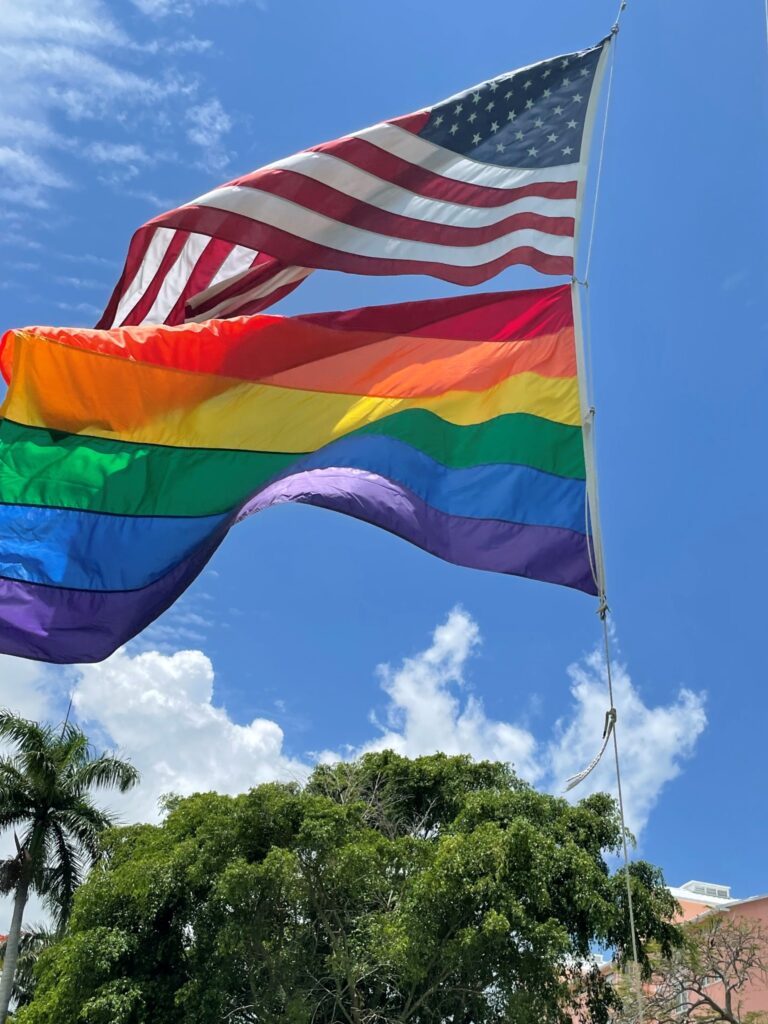 By Brian A. Nichols

When my grandparents emigrated to the United States from Barbados, they didn’t know if they would manage to make a life for themselves in the U.S.  They certainly never imagined their grandchild would grow up to become an American diplomat, and eventually return to Barbados as an official representative of the United States.

In May, during my visit to Barbados and The Bahamas, the symbolism of traveling as an African American diplomat to a majority Black country lifted my spirits.  Many other African American diplomats have had this experience too.  Many Black Americans – diplomats or otherwise – are transported by the feeling of freedom and security that comes from circulating in a country where the majority of the people look like us.  However, landing on the soil where my ancestors toiled, in the place that they loved, where people I saw on the street might be distant relatives, felt particularly exhilarating.

And yet, I am eternally grateful for my grandparents’ decision to move to a country made up of people with roots from all over the world, of fellow Americans who look nothing like me, and those who do.  I love the diversity of the United States of America even though the scars of my country’s original sin – the sin of slavery – continue to regularly reopen, including recently when a white supremacist gunned down ten Black shoppers and employees at a supermarket in Buffalo.  Two years earlier, millions of other Americans and I witnessed in shock and grief the final eight minutes of George Floyd’s life in Minneapolis. And before him, Ahmaud Arbery, Breonna Taylor, Emmitt Till, and too many more.

Because of my certainty that our diversity strengthens my country, I celebrate my decision to represent the United States as an American diplomat. After I worked my way up the ranks, President Biden appointed me Assistant Secretary of State for Western Hemisphere Affairs last year, making me one of the highest-ranking Black diplomats in the Biden-Harris Administration.

I oversee U.S. policy toward and partnerships with 34 countries in the region, thirteen of them in the Caribbean.  One thing all thirteen U.S. embassies in the Caribbean have in common this June: They will all demonstrate their support of LGBTQI+ Pride Month.

The history of the rainbow flag is tied to gay California politician Harvey Milk, who challenged a friend to come up with a symbol celebrating the diversity of the gay experience.  When Milk was assassinated in 1978, demand for the flag – and protections for LGBTQI+ people – increased.  The flag came to symbolize LGBTQI+ pride, and in 2015, the colors of the rainbow flag lit up the exterior of the White House to commemorate the legalization of same-sex marriage in all 50 U.S. states.

Although born of tragedy, the murders of Harvey Milk and George Floyd both advanced social movements that broadened the way Americans think about human rights.  Supporters of these movements – LGBTQI+ Pride on the one hand, Black Lives Matter on the other – insist that the government give all citizens equal treatment under the law.  And for persons who embody both Black and LGBTQI+ identity, these movements are inextricably linked.  And so, the rainbow represents not just Pride Month, but also a shared understanding that LGBTQI+ rights are human rights.  The racist murder of Black Americans is as reprehensible as the bias-driven murders of LGBTQI+ individuals.  In all such cases, they are hate crimes.  This is why our U.S. embassies display this symbol proudly, to recognize universal, indivisible human rights.

The Summit of the Americas reinforced that we must all work together to overcome our shared challenges.  Embracing the strength of our diversity will allow us to create a better future for everyone.  President Biden, Secretary of State Blinken, and I, along with millions of Americans, believe that racism, discrimination, homophobia, and transphobia are equally intolerable, and we work to eliminate them all, both at home and around the world.

Brian A. Nichols is the Assistant Secretary of State for Western Hemisphere Affairs at the United States Department of State.

Please remember Abe Lincoln the Republican President freed the slaves as the Democrats fought like hell to keep their slaves. KKK was formed by Democrats. It was LBJ the Democrat President who said he would trick n-words into voting Democrat for 200 years. Biden was good friends with Grandmaster Robert Byrd. Look at what Judge Joe Brown said about Biden and his hatred of blacks. Biden and the Clintons are deceptive. They really hate blacks. That is why they want abortions to go on uninterrupted.