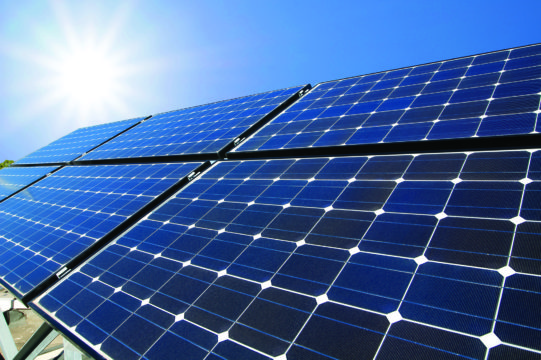 In The Bahamas, we suffer ridiculously high electricity bills; and in most parts of The Bahamas, these high prices generally pay for an unreliable energy source. The high prices and unreliability are attributable to a variety of things ranging from out-of-date and poorly-kept machines owned by the electricity provider, to fuel cost, taxes and other factors. For many households and businesses, this has become a lingering issue and it has made The Bahamas harder to live in. it isn’t exactly the best for our environment either. Luckily, there are viable alternatives that can be implemented to combat these issues and help us trend in the right direction as a nation. There are many sectors in The Bahamas that require tech upgrades and the energy sector is one of the most important.

There are many different types of renewable energy, but the two options I believe are most feasible for our country are solar photovoltaic energy and waste-to-energy through gasification. Both options are doable because we have the sources needed for both to produce energy. A few years ago, solar panel equipment was very expensive and not as effective as some would have liked, but each year the technology got better, cheaper and more efficient and continues to trend in that direction. The advancements have been so promising that the thought of having the majority of a country’s electricity supplied by renewable energy has begun to sound less unhinged. It’s beginning to look like the future of energy, and as Bahamians, we need to ensure that we are a part of that future.

A huge issue that The Bahamas will face in the near future is strengthening and unpredictable hurricanes. This issue is caused by the worsening effects of climate change. Another issue that we can possibly face eventually, if we as humans don’t combat climate change, is rising sea levels. If this continues, it has the possibility of threatening our country’s existence above water. In the climate change debate, some may argue that since The Bahamas is such a small country, our carbon emissions cannot possibly affect anything substantially. Although this may seem accurate, we must remember that we have a country worth fighting for and the best way to present an argument to countries that are the largest contributors to global carbon emission is by setting an example. Also, if every smaller country in the world were to have the mindset that their miniscule carbon emissions do not affect anything, when all the carbon is combined, the amount will still be sizable.

Here in our country, we have an average of about 300 sunny days a year. With sunlight being a primary factory in solar energy generation, it makes it an almost perfect match for our climate. The national energy policy is a framework for sustainable energy and achieving our goal of decreasing carbon emissions by 30 percent by 2033. A legislation was also enacted to allow homeowners to install their own solar equipment to contribute to their power supply. These are great steps that were made in the right direction, but we must continue to pursue our goals as aggressively and as persistently as we can. Solar equipment is truly a long-term investment. If we look at a place such as West Grand Bahama, there are a lot of homeowners and business owners who lack the incentive and or capital to make such a heavy investment on small-scale solar arrays for their home or business. I singled out West GB because it’s where I grew up and I know for a fact that we are highly susceptible to hurricanes. A lot of people won’t see the value in solar equipment that can be damaged by hurricanes year after year and the same would apply for businesses. A better option could be to implement a solar photovoltaic farm in the community. It would be a utility-sized operation, located on neutral grounds that are less vulnerable to the effects of a hurricane, and the power converted from this farm can be integrated into the local power grid that could benefit the entire community. Businesses in the West GB area rely mainly on customers from communities that are closely surrounding them as opposed to businesses in Freeport that get customers from all over the island, so the power supplied from the solar farms can go a long way in reducing the high electricity bills that they are currently paying. We can have farms like this all across the country to benefit most Bahamians, but communities that have similar circumstances and local economic structures to West GB can especially benefit from this.

Another energy source that is a bit more complex but would still be a good alternative to pursue is waste-to-energy (WtE) via gasification. In The Bahamas, to my knowledge, there is no large-scale recycling operation. Most of our waste sits in landfills for years, piling up and releasing greenhouse gases into the atmosphere. One ton of garbage is the equivalent of 6.2 tons of CO2 in the form of methane. Methane is roughly 80 times more potent than CO2 as a climate change gas over a 20-year period. On Grand Bahama, the landfill receives about 8,000 tons of waste per month; that months-worth of waste can equate to almost 50,000 tons of this potent climate change gas that is highly effective in absorbing heat, making it devastating to climate change. A year’s worth would equate to well over half a million tons. With gasification technology, we can convert this waste into electricity, diesel, hydrogen or ethanol. We are accustomed to seeing waste-to-energy via incarceration, but this combustion process is just as bad for the environment and the by-product (which is ash) can be toxic and would still need space to be dumped. Gasification is a cleaner and more economic route to convert waste. In the gasification process, waste isn’t combusted. Instead, it uses oxygen or steam, which reacts with the waste, turning it into synthetic gas that can then be converted into the valuable products mentioned. Ironically, The Bahamas currently burns diesel to generate electricity; with WtE via gasification, we can produce the same fuel used to generate electricity today.

There are now far better ways to generate electricity. We can clean up our landfills while producing electricity, and we can quite literally farm electricity. Based on my research, we would need 2.5 acres of land per one mW for a solar power plant. The Bahamas needs major economic diversification, we need to invest in new revenue streams and invest in our local economy. An investment isn’t always something that makes you money; it can also be something that can save you money. Investing in renewable energy could cut costs for many Bahamians and help the government to save money too. The world is evolving, technology is advancing and keeping outdated systems and machines is doing more harm than good. To keep up with the world and secure our nation’s future, we must also advance. It’s important that we continue to make The Bahamas a great place to live in for Bahamians. We live in a paradise; it’s time our citizens experience how much better it is in The Bahamas. It’s time for us to move forward.

Gasification is an unproven technology fraught with problems. The Bahamas is a small community that can not afford to risk it’s money on developmental technology. Many communities throughout the world have tried using gasification and end up bankrupt, not generating reliable energy and left with a garbage problem. I would recommend using proven technology, such as mass burn, with a 5 year track history of 90+% plant availability. A Bahamas plant would need to be hardened and independently be able to restart and not be dependent on external facilities. Contact me if more information is desired.