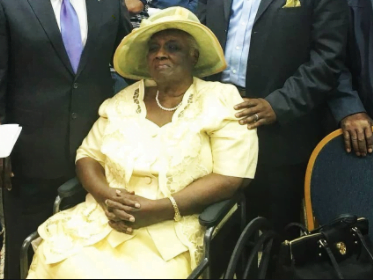 When Effie Walkes passed away last week, The Bahamas lost a freedom fighter and someone who sacrificially fought for a Bahamas where Bahamians could be seen to lead in all areas of national life.

It is well known that Ms. Walkes was the only woman in the room when the historic Black Tuesday plans were being laid. The men in that room included some of the Founding Fathers of the Commonwealth of The Bahamas. This speaks volumes about the high esteem in which she was held by those men.

I got to know her through her work with my late Father, Sir Clement Maynard, as a Union Leader and as  Member of Parliament. She was a visionary, plain speaking and hard working woman. Like Joshua, she didn’t have time to waste. There was too much land to be possessed. Although busy and focused, she seized opportunities to encourage young people.

On Black Tuesday, in 1965, Lynden Pindling (as he then was) threw the Mace (representative of the authority of Parliament) out of a window of the House of Assembly, into the square below. The Mace was followed by the hourglass, thrown by Milo Butler (as he then was) that limited the time for which Members could speak. Black Tuesday was about honouring the power and primacy of the people. Those leaders were also advocating that gerrymandering should not be used as a tool to affect the outcome of an election and that Members of Parliament, as representatives of the people, must have time to speak on behalf of the people. What can we learn today from her presence in the Black Tuesday planning room?

First is that the voice of the Opposition must be heard. The Opposition members are representatives of the people and an essential part of governance.

Second, as we build The Bahamas, all voices must be at the table of national development. We have Bahamians serving all over the world, as leaders of organizations, and as influencers in their respective arenas.  Especially as we envision a post COVID-19 Bahamas, these voices, together with voices in The Bahamas, must be welcomed at the national development table.

Third, the fight for equality for women, including equal pay and equality under the Constitution, must continue. Misogyny has no place in a 21st century Bahamas.

Fourth, whether or not we agree with quotas, we should debate whether quotas are needed to mandate a minimum percentage of women in Parliament. The matter of misogyny and equality for women also applies to women on corporate Boards.

I think that these and other lessons applicable today would engage the hearts and minds of women like Effie Walkes, and thousands of others, who sacrificed so much so that we could stand on their shoulders. Do we have the same courage, fearlessness and fortitude, to carry the equality baton, as we run our leg of the race?

Thank you Effie Walkes for your sacrificial service to nation building.

You ran your leg of the race with excellence and distinction.  Take your much deserved rest.