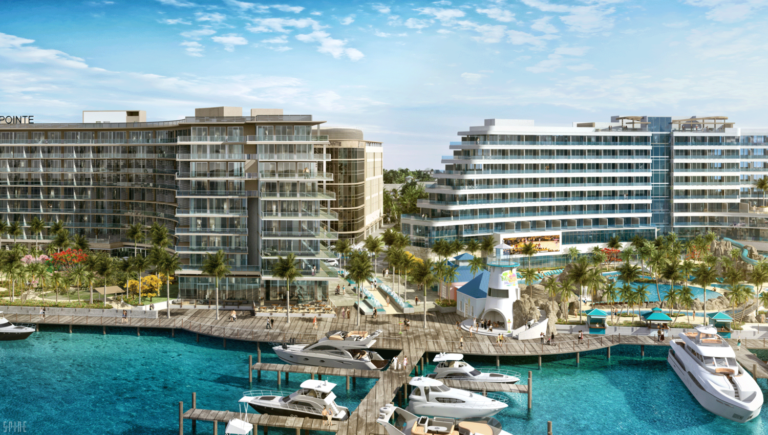 An image of The Pointe Development. (Courtesy of www.pointebahamas.com)

Only 33 per cent of workers at The Pointe are Bahamian, according to newly-appointed Director of Labour John Pinder.

Pinder made the revelation Wednesday during an interview with Eyewitness News and said, he was pleased that the ratio is moving in the right direction toward the 70 per cent stipulated in its heads of agreement (HOA) with government.

“There is certainly an increase in Bahamian staff participation at The Pointe,” Pinder noted about the multi-million dollar project in Downtown, Nassau.

“The lab report that I received from our investigation team just about a week ago, indicated that there is about one third of Bahamians employed on site at The Pointe.”

The site inspection was conducted on June 28.

According to Pinder, he received the report on July 2.

Public concern compelled government to move ahead with the inspetion, despite China Construction America’s (CCA) explanation for not hiring Bahamians in the earlier phases.

CCA said the labour ratio breach was due to Bahamians being unskilled for specific work.

“(I think) they had some specialize technology service that had to be done, what we call, get them out of the ground service – not rock ‘type’ surface, which would’ve affected the sea bed,” he said.

Pinder said the signed HOA makes way for the hiring of more Bahamians once CCA is complete with “what it had to get out of the ground”.

According to Pinder, Bahamians will now be employed to complete the more basic elements of the construction inclusive of block laying, masonry and carpentry.

He confirmed to Eyewitness News that going forward there will be another site inspection to ensure CCA is in compliance with its signed HOA.