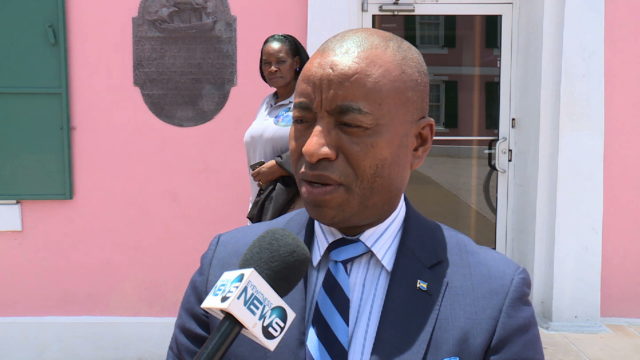 NASSAU, BAHAMAS – Minister of Foreign Affairs, Darren Henfield said yesterday that his ministry is working on measures to alleviate the ongoing woes experienced by applicants at the passport office, mainly with the implementation of an online system to process applications.

Henfield told the media before heading to Tuesday’s Cabinet meeting that the system is presently being tested.

Henfield said following a visit to the passport office and speaking with several customers, he realized that there is a dire need for a better system at the office.

“I think we’re making tremendous strides. When we get the online systems up and running, which we’re testing now in the country, you’ll be able to make your applications online.

“I think that’s going to alleviate a lot of the burden on the passport office.”

Henfield said as it now stands, the Ministry is also working on a digital program which will be implemented as early as this year.

“Within a year Bahamians should be able to walk into a kiosk in a post office [or] somewhere centrally located in New Providence or a library and apply for their passports online and be able to complete the process,” he said.

Issues with passport renewals and applying for a passport has been an ongoing concern for many years.

During the peak periods, especially during the summer months, many applicants head to the Office as early as 6:00 a.m. in an effort to get the process out of the way in a timely fashion.