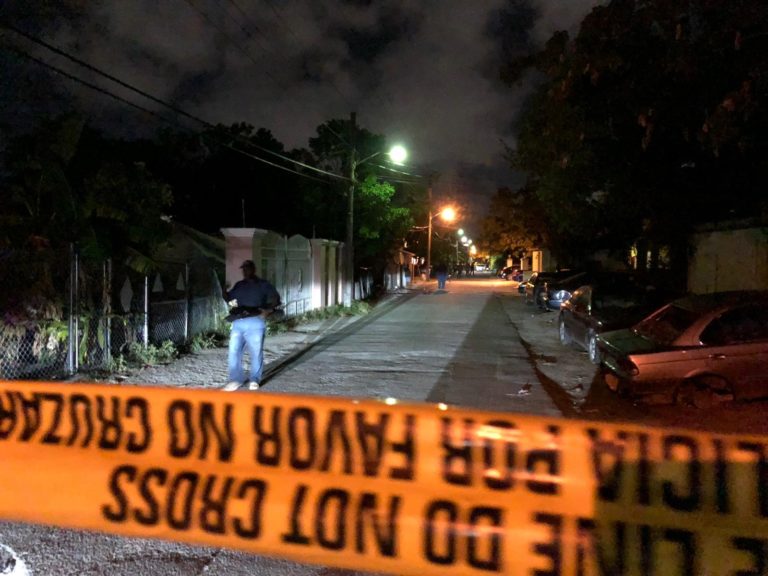 Photo by Theo Sealy
Police are investigating the circumstances surrounding a late night shooting on Plantol Street which claimed the life of one male and left four others fighting for their lives in hospital.
According to Solomon Cash, Head of the Central Detective Unit (CDU), five males were sitting outside of a residence on Plantol Street, sometime around 11:00 pm Monday, when they were approached by a group of men in a vehicle.
Cash revealed that the group of men exited the vehicle, armed with weapons, and fired shots at the five men.
Authorities confirm that one of the men succumbed to his injuries on the scene, while the remaining four are fighting for their lives in hospital.
The men are listed in serious condition, according to Cash.
Police were unable to confirm if the shooting incident is connected to the two separate double murders which took place in New Providence last week Wednesday and Thursday.
Authorities were also unable to pinpoint if the incident was possibly gang related.
Cash made an appeal to members of the public who might have any information that can assist police with their investigations to contact them at 911, 919 or Crime Stoppers anonymously at 328-TIPS.
The late night shooting incident pushed the country’s murder count to 33 for 2019.