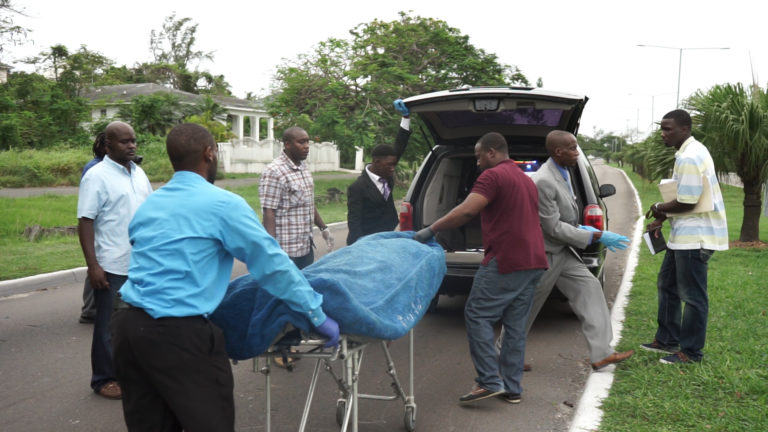 Coroners remove the body of the man who engaged in a gunfire exchange with police on Saturday afternoon.

A man is dead after being in a shoot out with police Saturday afternoon.

According to reports, Shortly after 4:00 p.m. officers on mobile patrol in Garden Hills #1 spotted a suspicious vehicle with a male occupant.

Intelligence says that on seeing the officers, the man engaged the officer with a firearm.

Eyewitness News was on the scene and will have more details as they become available. Also tune into our Sunday newscast for more information at 7:00 p.m. and 10:00 p.m.