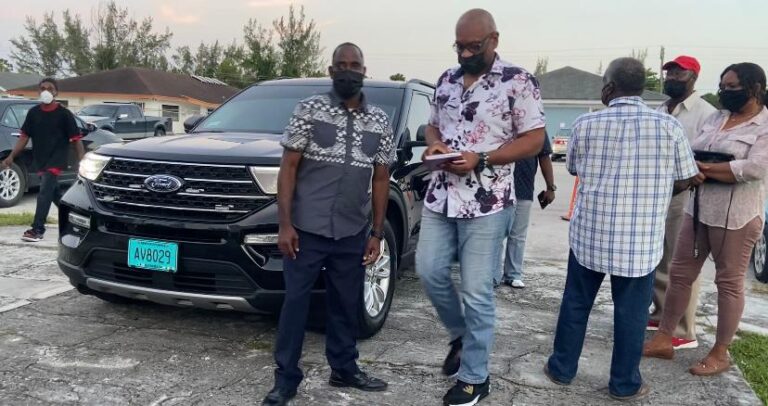 NASSAU, BAHAMAS — The Free National Movement is expected to hold its next convention on November 27.

“It was decided by the council we will have a one-day convention for the leader,” he said.

Party insiders said passions flared at the meeting during the discussion over the convention date.

Eyewitness News understands that an alternative date was being proposed for the convention that was outside of the period originally agreed by the council.

Other supporters have said they prefer a more sooner date to refresh the party’s base.

“There really was no contentious issues,” Culmer said when asked of the reports.

“Some of the things that they are concerned about was how we are going to go about with the method of doing it.

“At the end of the day, everything went well and we had a good meeting.”

He noted however that the matter of another date did arise.

The FNM chairman noted that the party decided to separate the leadership race from its other convention matters due to time constraints to bring forth amendments to the party’s constitution.

The FNM has not held a convention since 2016 when former Long Island MP Loretta Butler-Turner and former Elizabeth MP Dr Duane Sands challenged Minnis for leadership.

He was again challenged in December 2016 in an unprecedented move that shocked the country, with seven members of the party’s parliamentary caucus writing the governor-general advising that they had lost confidence in Minnis and asking that he be replaced as leader.

Culmer said yesterday that the party did not discuss the leadership of the party, or the possibility that FNM Leader Dr Hubert Minnis may throw his name in the ring, despite indicating that he will stay on as opposition leader but step down from the party’s leadership.

“At the end of the day, people are free to nominate,” the chairman added.

The nomination day for those vying for positions will close on November 21.

Asked whether Minnis can return as party leader, Culmer said, “That’s entirely up to the council. I would not want to speculate. I believe at the end of the process should take place, and whatever the outcome is we go from there.”

After the FNM’s crushing defeat at the September 16 polls, the party decided to keep the Killarney MP on as leader of the opposition, though Minnis indicated that he will step aside for new leadership to take the helm.

In an exclusive interview with Eyewitness News, Minnis remained coy on whether he intends to seek reelection as leader of the party. Minnis was pressed on what he plans to follow through in stepping down from the leadership.

He maintains that he has done the proper thing by taking responsibility for the loss and submitting his resignation in order for the party to determine the direction moving forward.