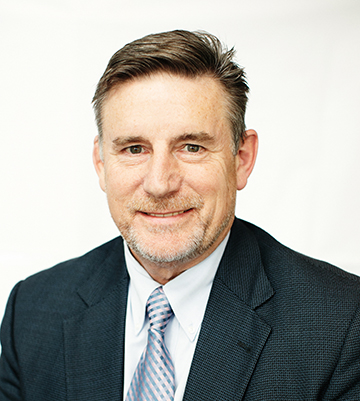 NASSAU, BAHAMAS — Bahamas Petroleum Company (BPC) yesterday called into question an online petition against its oil exploration efforts, arguing that 80 percent of the signatories were from outside The Bahamas.

The company, in its second statement against its oil exploration opponents in as many days, noted that the Our Islands, Our Future online petition regarding the upcoming drilling touted some 45,000 signatures.

The company said, however, that data collected on its behalf by a company specializing in sophisticated data analysis indicates the vast majority of these signatures are from individuals not in The Bahamas, but rather are overseas parties with no obvious connection to the country.

“BPC has commissioned a specialist data analytics firm to conduct a digital analysis of the Our Islands, Our Future online petition regarding the upcoming drilling of the potentially transformational exploration well Perseverance #1, located in the far-southern waters of The Bahamas, in an international shipping thoroughfare close to the maritime border with Cuba. Planned after 10 years of exhaustive environmental and technical research, the oil exploration exercise is to ascertain if The Bahamas has the potential to be an oil-rich nation,” the company said in a statement.

It added: “As of 30 November 2020, data analysis shows that only 20 percent of the self-identified signatories were from inside The Bahamas, with the other 80 percent of such signatories based outside of The Bahamas. This directly contradicts the Our Islands, Our Future suggestion that the online petition represents the views of the Bahamian people.

“Indeed, rather than accurately reflect the view of Bahamians, it suggests more that Our Islands, Our Future is using a common global platform to recruit signatories from overseas so as to skew the results of the petition in support of their agenda in trying to turn the view of Bahamians against this potentially transformational project.”

Simon Potter, BPC CEO, said: “The Bahamian government is exercising its legitimate, sovereign right to find out if The Bahamas has its own hydrocarbon — oil — resource and based upon our extensive interactions with communities throughout the islands over many years, we believe there is a silent multitude of Bahamians who are in favor of knowing the outcome. With the islands facing economic fragility, suffering from both hurricane damage and the impacts of COVID-19, a successful petroleum discovery has the potential to rebase the Bahamian economy, generate billions in revenues for the government over the life of the project and create new contracts, jobs and numerous other opportunities to the benefit of all Bahamians.”

BPC expects to drill an exploratory oil well in Bahamian territorial waters off Andros and adjacent to the Bahamian/Cuban maritime border in late-December. Oil exploration opponents represented by Fred Smith, QC, are hoping to halt BPC’s activities via an injunction.

I have never heard of this group of protestors. I hope the oil drilling passes safely. I am looking forward to the result to see what we have got.

Bob you full of fukk!! Definitely not any Bob that i know! What do you dream Bahamians such as myself, has to benefit IF oil is found?? That outweighs any spills, probable spills, that will kill the fishing industry and tourism industry, ONE SHOT!!

Agreed! Not to mention that this company is owned mostly by foreign investors. I would rather see these risks being taken by a nationalized institution under strict and transparent oversight. If the profits are shipped overseas then where are the direct benefits for the average Bahamian?

Bahamians live outside of the Bahamas too and we also have friends and tourist who visit, have homes here and love our country just as much as we do! They too don’t want to see this place distroyed. Those people decided to lend us their voices because WE all know that without it WE would not be heard at all in a matter as such. Why are they trying so hard to circle around and find excuses to drill? We the people, living inside and outside of the Bahamas, has said no. Respect that and leave OUR country be because not one of you are Bahamian nor do you reside here to understand any of the cause and effects here. You are only looking for resources to tap into for profits!!! We are not blind