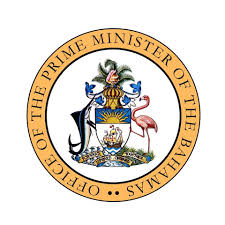 Last October, conflict of interest claims were leveled against Symonette when the government announced plans to move the General Post Office from East Hill Street to the Town Center Mall, of which Symonette has shares in the latter.

The Government had entered into a five-year leasehold agreement with the landlord of the Town Center Mall at a concessionary rate of $12 per square foot. It was a move that prime minister Dr. Hubert Minnis endorsed last October as parliamentarians debated a resolution for the proposed relocation.

Last week, while sitting as a guest on The Conversationsradio talk show with host Shanique Miller, Symonette, who owns 50 percent of the Town Center Mall, said Dr. Minnis called him while he was in Mexico and the two negotiated the movement of the General Post Office from East Hill Street to the Town Center Mall.

Since this ZNS talk show appearance, both the Opposition Progressive Liberal Party and the Democratic National Alliance have called for the resignation of Dr. Minnis and a review of the office deal.

Yesterday, the OPM said the assertion that the prime minister would personally and unilaterally negotiate a proposal that has spanned two administrations is ‘nonsensical’.

The OPM maintained that the post office relocation agreement was a collective decision by the Cabinet of The Bahamas and it was also debated on the floor of the House of Assembly for the entire public to witness.

“This process was carried out in a very transparent manner,” the OPM statement outlined. “The Government fully vetted every possible option and the Town Center Mall location was the best, as even the PLP admitted.”

The OPM’s statement said the details of the post office agreement are a matter of public record, and the Government reiterates that this was the best deal for the Bahamian people.

“It was the quickest, easiest, more cost effective and better decision to resolve a longstanding and vexing matter that had gone on for too long,” the OPM said. “The proposal was 50% cheaper than the plan approved by the PLP for the same capability and at the same location.

“This administration worked quickly and diligently to make sure the more than 100 postal employees and the post office issue was resolved in a cost effective manner –  something the opposition never did,” the OPM’s statement concluded.

Meanwhile, Opposition Progressive Liberal Party (PLP) Leader Philip Brave Davis on Monday highlighted that on October 24, 2018, the Prime Minister and his colleagues passed in the House of Assembly a resolution to enter into the lease of the Town Center Mall.

The PLP leader said the resolution stated in part: “…And whereas one of the beneficial of owners of the Town Centre Mall is a serving Cabinet Minister who did not take part in the discussion leading to the decision to accept the offer to lease portions of the building …”

Davis also made note of Symonette’s July 2ndappearance on The Conversationsradio talk show, of which Symonette described a detailed conversation he had with the Prime Minister about the post office lease.

“This is a conversation that, according to the resolution and the Prime Minister, never happened,” the PLP leader said  “The Prime Minister now says his conversations with Brent Symonette should be considered ‘confidential’.  When he talks about transparency, you see, he doesn’t mean regarding conversations in which he and members of Cabinet discuss matters of significant interest to the public.”

The PLP leader also noted that it is difficult to imagine how the prime minister can continue to lead the government effectively as he has lost the trust of the public.

“In a functioning government where public trust was valued, a vote of no confidence would take place,” the PLP leader said. “It is likely that members of the Prime Minister’s political party prefer to keep him in place, rather than see him resign or fall to a no confidence vote.”

Meanwhile, the OPM also noted yesterday that as a rule, the Prime Minister never breaches confidentiality when it comes to private discussions he has with Cabinet ministers, which he has on a daily basis.