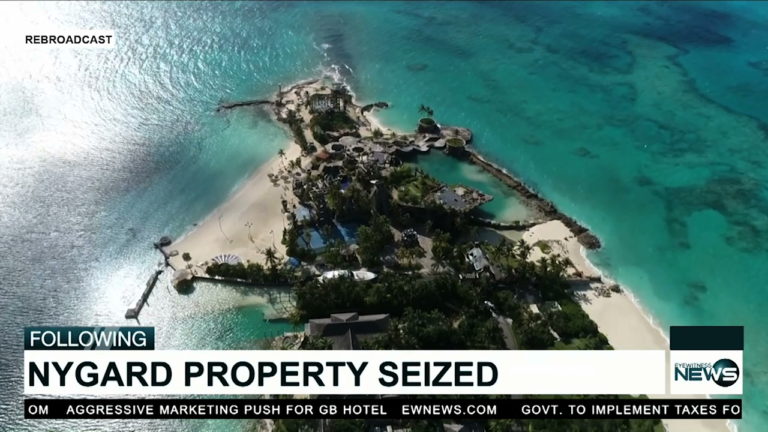 Moments after Canadian fashion mogul Peter Nygard left his contempt of court sentencing hearing, the billionaire was served with bankruptcy papers, which he threw on the ground.

The papers are connected to the $2.2 million debt Nygard incurred in legal fees during a separate court matter with Save the Bays, which blew the whistle on the designer conducting illegal dredging of his million-dollar estate – Nygard Cay – in the ultra-lux Lyford Cay gated community.

The court ordered the property seized to satisfy that debt, which the Deputy Provost Marshall Tommy Sands attempted yesterday but, was stopped at the gate.

“We were giving him every possible opportunity to settle this matter in an amicable way,” Sands explained. “He has decided not to do that. And so, today it is clear that no one is above the law.

“The matter is hopefully resolved at this point in time and all Mr. Nygard has to do is settle the matter and end it.”

Save the Bays lawyer, Fred Smith, QC, who was in Lyford Cay when the property was being seized, told Eyewitness News, that Friday’s events were absolutely necessary to send the message that no one is above the law.

“This process is only to effect collection but it’s become more than that and … it’s a question of ensuring that people who live in The Bahamas respect the rule of law.”