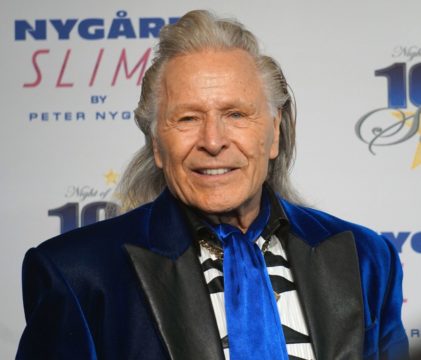 NASSAU, BAHAMAS – Billionaire fashion mogul Peter Nygard has filed a notice of appeal motion which seeks to set aside Cheryl Grant-Thompson’s issuance of a bench warrant for his immediate arrest, after he failed to appear in court for a third time on Monday.

Nygard was scheduled to be sentenced for breaching a court order barring him from dredging the sea bed near his Lyford Cay home.

Nygard, however, was a no-show.

Earlier this week, Nygard’s lawyer, Carlton Martin, presented an affidavit, dated January 25, 2019, from Dr. Linwood Brown, expressing that the Lyford Cay resident could not travel to be present in court on Monday as he had been travelling extensively.

His lawyer also said that he was experiencing symptoms of dizziness.

The court, however, was also told that Dr. Brown had not physically seen or examined Nygard, which led Justice Grant-Thompson to refer to the affidavit as “triple hearsay.”

Meanwhile, Nygard is seeking an order from the appellate court that all matters in the Supreme Court move forward without him being compelled to be present, also giving consideration to an order made in 2018 which he asserts concluded the matter.

In a notice of appeal motion filed on Wednesday, Nygard sought to have all further proceedings in the action stayed, pending the hearing of his constitutional motion which was filed on Monday, concerning the infringement of his fundamental rights to both freedom of movement and detention.

The seven listed grounds of the appeal outlined that the judge erred in law and failed to take into consideration the fact that Nygard had –  known to and commented on by the Learned Judge – commenced a Constitutional action against the other parties in the said action (except Keod Smith), which goes to the root of the said action in which her order was made.

Nygard asserted that Justice Grant-Thompson erred in law and in fact in criticizing and failing to give sufficient consideration to or rejecting  the affidavit of local physician Dr. Lynwood Brown, and failed to allow or acceded to the request of Counsel that the said doctor be called and subjected to examination, and in taking a cursory look at the said Affidavit, the judge erred in fact and in law by treating the contempt proceedings before the court as criminal contempt proceedings.

The appeal further outlined that Justice Grant-Thompson erred in fact and in law in making the said order when in fact there was no legal basis for doing so; and in failing to take note of and following the procedure of former Justice Rhonda Bain in not requiring the presence of Nygard at previous hearings.

The grounds of appeal also listed that Justice Grant-Thompson erred in law and in fact in ordering the issuance of a warrant against Nygard in spite of having ordered him to show cause.

“The learned Judge erred in fact and in law by failing to take into consideration the fact that the Tomlin Order brought the proceedings in the said action to an end and that any and all subsequent proceedings otherwise than as to costs were without jurisdiction on the part of the Court,” the grounds of appeal outlined.

The motion also asserts that Justice Grant-Thompson was wrong to describe Dr. Brown’s affidavit as “triple hearsay evidence”, given that Dr. Brown did not examine Nygard himself, but rather compiled his affidavit based on the information he got from the doctors that actually examined him.

The notice of appeal motion was filed by Martin, Martin and Co.