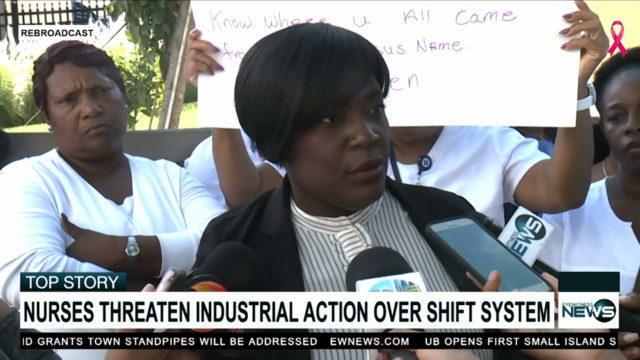 More than 200 nurses left their post on Monday morning and stood outside the Princess Margaret Hospital to express their displeasure with the Public Hospitals Authority’s newly-announced shift change; many saying that they would quit if forced to work a five-day shift period versus a four. 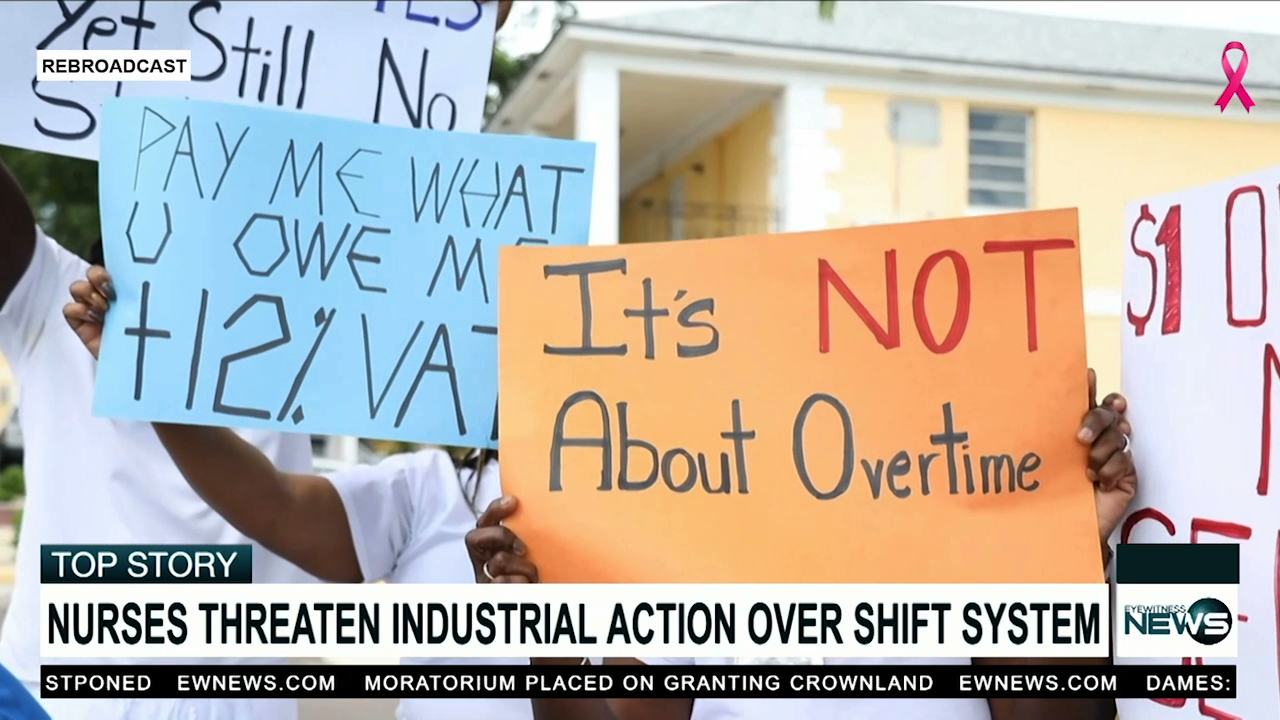 “You must come to the table and mutually agree,” said Nurses Union President Amancha Williams, who said the new shift system could possibly lead to nursing accidents and separation of families.

The nurses’ union president compared the new shift system to enslavement, stating that it is not conducive to the worker.

“It makes the worker prone to medication errors. It also will cost more accidents and more injuries in the workplace,” she claimed.

Last week the PHA announced that the nurses’ union had in fact agreed to working the five-day shift period, but according to Williams, this was not the case.

“We already know that this hospital is not providing the quality of service that is needed for our public. You have mold, you have termites, and there is a shortage of 60 nurses to five nurses,” Williams said. “The shift change should not be our priority; providing quality service should be our priority.”

Despite the PHA promising nurses who worked between 6:00 p.m. and 6:00 a.m. an additional $1.75 per hour premium to that of their standard salary under the new shift change, General Secretary Julian Mullings said the money was “a slap in the face” as it is too low to compensate for nurses’ duties.

“The PHA demanded that we meet with them on a certain day and time, and to sign documents within 10 days. You don’t bully the union. We are supposed to be partners in the midst of this whole affair,” Mullings said. 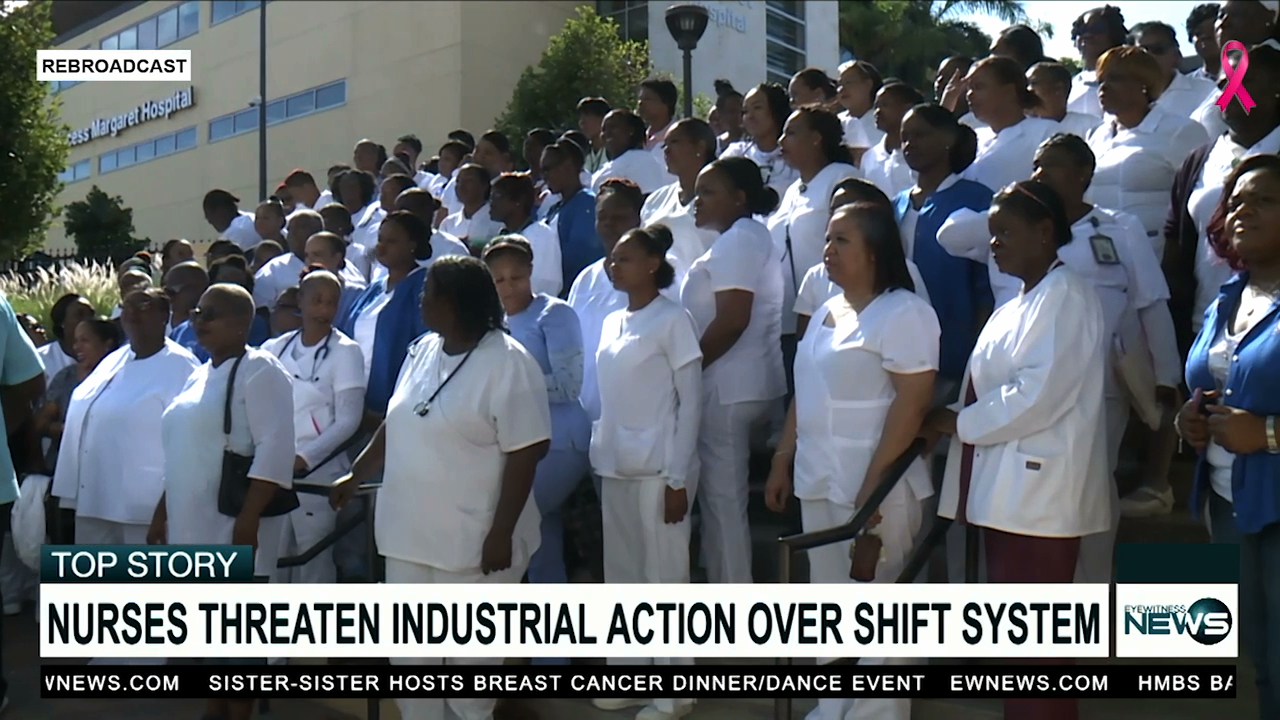 “The industrial agreement said that any nurse that is enjoying a better condition than those contained in this agreement shall continue to enjoy the same whether those conditions are expressed in a contractor due to a practice that exists prior to this agreement,” Mullings added.

When asked if a strike vote would be made by nurses, Williams said they will be doing “whatever is necessary.”

Meanwhile, a statement released last night from the Public Hospitals Authority outlined that

proactive steps were taken by the hospital’s management team to ensure that patients and other guests were able to access the facility without any obstruction.

For the purpose of further clarification, the Authority said it wished to advise that the hourly shift premium of $1.75 to be paid is in addition to the base pay that these nurses regularly receive.

The Authority strongly objects to assertions by the President of the BNU that the Union was not given prior notice regarding the implementation of the standardized shift system.

The PHA said notwithstanding the 2014 Agreement, several attempts were made to bring the BNU back to the table. The PHA also attached a chronological chart to its statement which records 15 separate interactions with the BNU.

The Authority said it maintains its position to implement the new standardized shift system for all nurses in its employ, effective  December 10, 2018.

“We reiterate that this decision complies with the Bahamas Employment Act of 2001, the 2015 Industrial Agreement between The Public Hospitals Authority and the Bahamas Nurses Union, as well as the December 9, 2014 agreement between the parties,” the PHA said.

“The Authority stands by our decision to implement the new shift system as it not only levels the playing field for nurses across the PHA, but is a testament to the PHA’s ongoing commitment to ensure that its human resources policies are consistent with ratified labour agreements and regional and international standards of practice. The Authority remains committed to improving the delivery of healthcare to patients by ensuring better patient outcomes.”