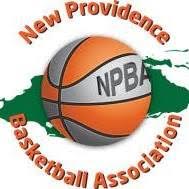 The New Providence Basketball Association (NPBA) Division I championship matchups are all set and scheduled to begin on Monday at the A.F. Adderley Gymnasium, according to officials.

In the John Archer division, the Commonwealth Bank Giants made quick work of the P.J. Stingers. In the third game of the series on Thursday, D’Shon Taylor poured in 29 points on 8-for-12 shooting from the field. Taylor also added six rebounds, three assists and two steals.

Tehran Cox added 11 points off the bench and Michael Bain Jr. and Herbert Knowles had nine points each in the win.

Stingers team captain Saltahiel Dean had a hard time dealing with the Giants defense in the paint. He went just 3-for-15 from the field in game three and shot below 40 per cent over the course of the semifinal series. He ended the game with 17 points and eight rebounds. Devon Ferguson added 15 points and six rebounds.

In the Vince Ferguson division, the Rockets knocked off the University of The Bahamas (UB) Mingoes.

In their final game on Wednesday, the Rockets held on to edge UB 69-68. Livingston Munnings had 23 points and 20 rebounds in the win for the Rockets. Eugene Bain had 20 and Lerecus Armbrister chipped in with nine. Kemsey Sylvestre led the way for UB with 20 points.

The first game of the finals between the Giants and the Rockets takes place on Monday at 8:30 p.m. at A.F. Adderley.

The Division II championships between the Breezes Flyers and the Aliv Buckets will also begin on Monday at 8:30 p.m.