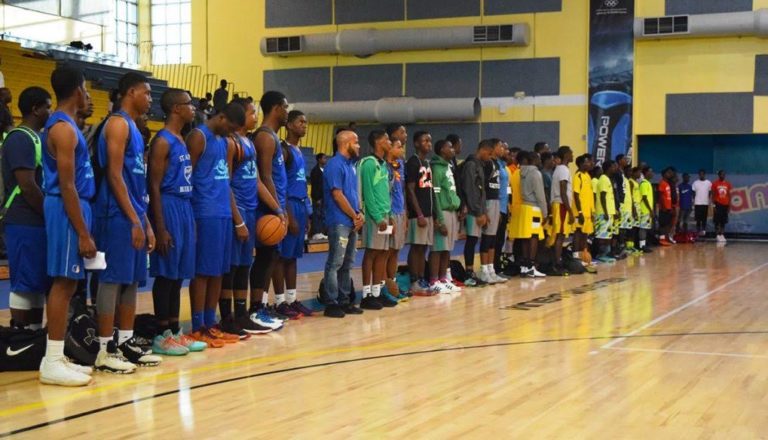 Participants of the 2018 NPA Spring Classic pause for the national anthem.

With over 20 teams competing in this year’s event, the classic will feature both senior girls and junior boys divisions for the first time. As usual, the tournament’s Most Valuable Player (MVP) will receive a full athletic scholarship to Niagara College in Ontario, Canada.

“All year some kids play a lot of games with no real reward at the end, just a handshake and trophy,” said tournament organizer Geno Bullard.

“So, with this tournament, we actually try to help these kids out by allowing them to play for something that’s real and something that can truly benefit them in the future. Also, we are having a college expo and career advisors present, to help these athletes try and figure out what the next step is. Not everyone has an NCAA college offer, and many of these kids will never get one. But that doesn’t mean life has to end.

“These are student-athletes. The key word there is student, and I think that’s something that is often times overlooked here in The Bahamas. We need to stop living in the moment, and truly come together and try to help our youth, instead of letting pride stand in the way.”