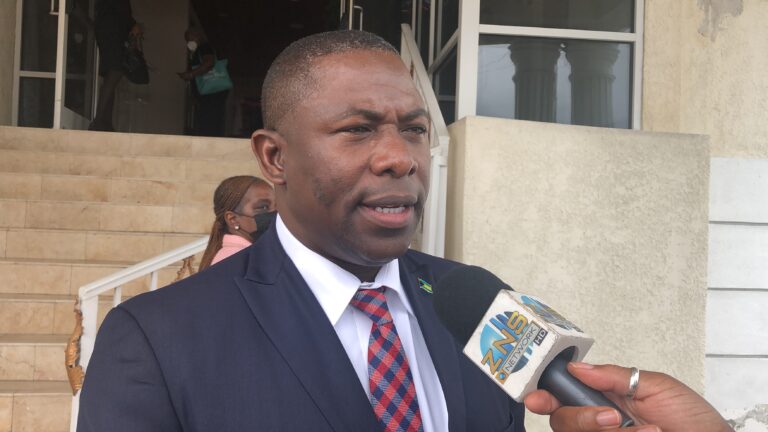 Cooper says no one is authorized to speak on his behalf

NASSAU, BAHAMAS — Leader of Government Business Renward Wells said on Tuesday that the remaining members of the commission will present their views to the governor general after Commission Chairman Halson Moultrie submitted a report signed solely by him last week.

Wells told reporters outside Cabinet: “The committee members are moving forward, and we will continue to move forward.

“We will present to the governor general the views of commissioners and that would be it.”

While the report submitted by Moultrie concluded that the majority of commission members recommended no change to the boundaries, it included a dissenting opinion recommending the addition of four new seats to make 43 constituencies.

The report also included a purported opinion of Exumas and Ragged Island MP Chester Cooper with a note “not received at time of printing”.

“Mr Cooper had raised two concerns during our deliberations — (1) the purity and accuracy of the permanent voters’ register with respect to the purging of deceased persons and (2) the number of missing persons not yet presumed dead as a resume of the impact of Hurricane Dorian on the five constituencies in Grand Bahama and two constituencies in Great Abaco,” the report read.

However, Cooper told Eyewitness News yesterday that he has “no desire” to engage in a public debate on the internal discussions of the boundaries commission

“I would also point out that no one is authorized to speak on my behalf,” he said.

Moultrie said members of the commission rejected his recommendations for parity, accusing them of being “single-mindedly committed” to making sure there are only 39 constituencies.

However, Wells on Tuesday hit back out at those claims, insisting: “Out of the heart, the mouth speaks.

“Has anyone heard that from me or the other member of the government on the commission?

“This leader of government business in the House of Assembly has never been about holding up any documents.

“We’ve always followed the requisite procedures to ensure that there is no confusion, no issues coming back after we would have proceeded in a constitutional process. and that is what we are going through.

“At the end of the day, those reappointed to the commission will put forward our views.”

Asked whether those members will submit a different report than that of the speaker, Wells said to “stay tuned”.