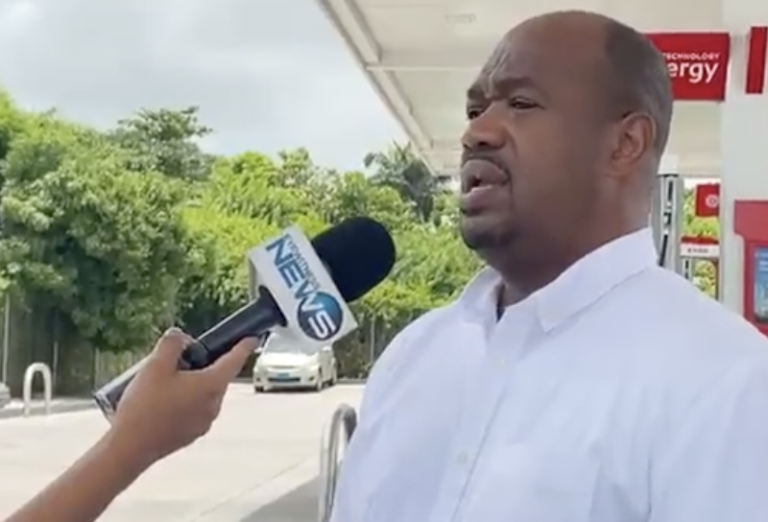 NASSAU, BAHAMAS — The vice-president of the Bahamas Petroleum Retailers Association yesterday hailed the Barbados government for capping the price of gas and diesel for consumers but said the price of fuel in The Bahamas has never been high enough to warrant such measures.

Vasco Bastian spoke to Eyewitness News after Barbados Prime Minister Mia Mottley announced during a national address yesterday that starting Friday the price of gas and diesel at the pump will be capped at $4.48 and $4.03 per liter respectively.

Her announcement, which follows her government’s capping of value-added tax on fuel earlier this year, comes as the Davis administration nears a policy move of its own to counter soaring gas prices in The Bahamas this year even as the price has begun to decline. Prime Minister Philip Davis has said the government will reduce VAT on fuel.

Mottley said the capping of gas prices at the pump will provide predictability and stability for consumers amid volatile prices.

Asked about this, Bastian said yesterday: “You see how expensive fuel is in Barbados? When you do the conversion and all that, they do their calculations in liters compared to us, we do ours in gallons. Theirs converts to $9 so I guess that’s the reason right there why she enacted whatever she enacted.

“I don’t know Barbados to be an oil-producing country, so even getting the product to them, the cost is even more than it is for us so what she did is just to try and ease the burden on the people of her country.”

Bastian noted even during the recent period of high gas prices, the price has never been as high as Barbados’ price.

“A lot of that is probably freight and all kind of logistical stuff,” he said.

“The highest I think it ever went in Nassau was at $7.39 the other day.

“Prime Minister Davis just announced last week that they will be reducing the VAT on fuel. The fact that they will reduce the VAT on fuel, that will have a significant impact on the price at the pump because now the cost of that decreases and they’ll be getting less money from fuel. And then we all know that on the world scene, the cost of a barrel of crude oil is declining.“

Bastian said any government that adjusts its tax structure or takes significant measures to reduce the burden deserves credit.

For his part, financial expert Gowon Bowe said the Barbados move should never be an option for The Bahamas because of the fiscal ramifications.

“I come from the very basic premise that when we talk about government subvention we recognize that comes at a cost, meaning the government doesn’t have a money tree that it shakes and says if I decide to give money back to you I am able to get something printed. And it’s not being dismissive, it’s highlighting the stark reality that when we have debt that is 100 percent of GDP, when we have deficits of significant levels, any additional subvention, whether that is foregoing revenue or providing monetary assistance, comes at a cost for the future,”  he said.