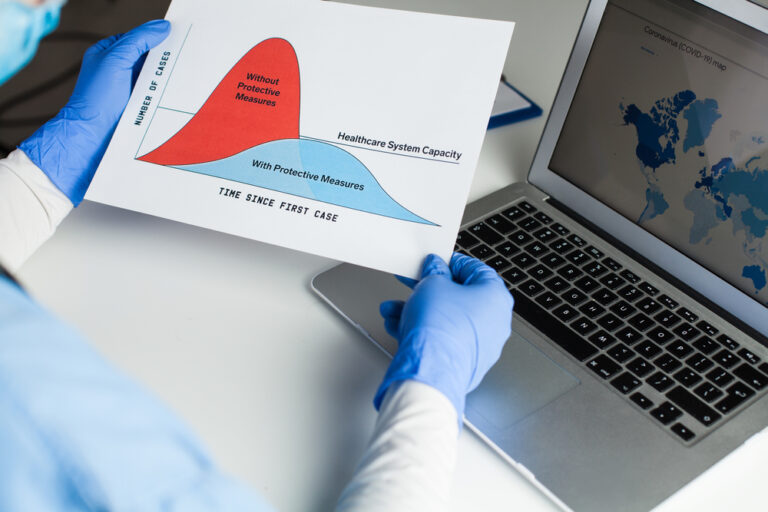 NASSAU, BAHAMAS — Director of the National HIV/AIDS and Infectious Disease Programme Dr Nikkiah Forbes said yesterday that slowing of new coronavirus cases in The Bahamas was a positive sign, but it was too early to determine if the country was turning the curve of the third wave.

In an interview with Eyewitness News, Forbes said other indicators such as the positivity rate, the seven-day average to eliminate daily variability; hospitalizations, as well as COVID-related deaths, gave pause for continued concern.

“Those are some of the other metrics that we monitor to have an idea of what is happening in the outbreak.

“As you have correctly identified, over the past two weeks there has been a slight decrease in the number of cases as it relates to weekly number of cases.

“However, let me point out that there is a percentage positivity rate this last week of 11 percent down from 14 percent, so there is a slight improvement in that.

“The deaths are still continuing to be recorded that gives us an indication when you’re having persons who are critically ill and dying we know there are other numbers of persons who are asymptomatic with mild disease who may not be coming forward.

In the week before, 246 new infections were recorded, a decline of 39 percent.

However, 41 cases remain hospitalized, three of which were in the Intensive Cre Unit at Doctor’s Hospital.

Two more people, a 64-year-old woman of New Providence, and a 62-year-old man from Abaco, died last Wednesday and on Sunday respectively as a result of the virus.

The latest deaths pushed total COVID-related deaths in the nation to 234.

Another 55 cases died from other illnesses and 28 deaths remain under investigation.

A total of 100,530 RT PCR COVID tests have been performed In The Bahamas to date.

According to the Ministry of Health, 353 tests were performed on Tuesday, of which five were repeated tests and four had inconclusive results.

This placed the nation’s positivity rate for the virus on Tuesday at just over seven percent, more than the World Health Organization’s recommended five percent.

The Bahamas’ positivity rate earlier stood at around 14 percent in recent weeks, however, as pointed out by Forbes.

“It is good that the seven-day average or the weekly cases are going down a bit, but we’re not out of the woods yet because there are still metrics that are concerning,” said Forbes, who noted that adherence to public health measures and vaccinations will go a long way.

More than 62,000 people have been vaccinated.

The Bahamas flattened the curve of the second wave in February.

Breaches of the emergency orders, international travel and the presence of new strains have been attributed in part to the third wave of the virus.

The Bahamas has yet to determine which additional COVID variants or variants exist in-country, though health officials have said it is believed certain strains arrived on the country’s shores as of March.

Asked how concerning was this, Forbes said: “We have to determine if these variant strains are in-country. There are countries where these strains are undermining progress in the fight against COVID-19 including vaccinations, so we do need to have that information, so we can mitigate against that.”