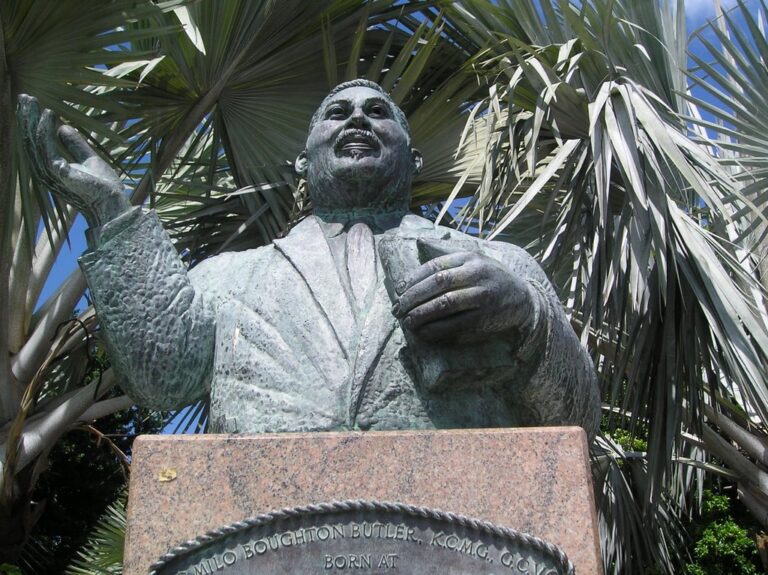 NASSAU, BAHAMAS — While it was not shared in the Speech from the Throne, the government intends to construct a national park for all Bahamians named as national heroes, according to Minister of Foreign Affairs Fred Mitchell.

“Well, the policy of the Progressive Liberal Party (PLP), which was when we were last in opposition, is that there ought to be — first of all we brought the legislation, so that’s done — but that a national park has to be created,” Mitchell said.

“We did a groundbreaking just shortly before we left office.

“The park is supposed to be at the top of Fort Charlotte going south into the Botanic Gardens.

“If you go there, you will see that it’s all grown up and a fence is put up so people can’t get to it.

“But…the idea is to develop a national park and it would have all of the people that have been declared national heroes and those other people who are deserving of honors in that park, so people can see who contributed to the growth and development of the country.

The PLP spoke to a national park during the lead-up to the general election.

Colonial monuments in the country have once again become the subject of national debate after Shervandaze Smith took a sledgehammer to the Christopher Columbus statue at Government House on Saturday.

As he struck the statue, Smith referred to himself as the “archangel”, lamented the actions of Columbus and shouted that he was taking The Bahamas back in what has been dubbed an anti-colonial act.

He was arrested and ordered by the court to have a psychiatric evaluation to determine his fitness to plead to the charges of damage to public property and trespassing.

There have been mixed reactions to the act, with some condemning it and others agreeing that radical action was necessary to spur the nation and its leaders to ensure history is appropriately reflected and Bahamian nation-builders properly honored.

Asked about his position on the removal or transfer of colonial monuments, Mitchell said: “The government does not have a position, but as a member of the National Heroes Day Committee, I supported the position of the committee led by [Reverend] Canon Sebastian Campbell.

“I think that the jury is still out and therefore the government will be guided by public opinion.

“What I know is the action on the statue has enlivened the debate in a way we never did on the subject.”

On Monday, which was recognized as National Heroes Day, Prime Minister Philip Brave Davis said he empathizes with those who wish for the reminders of The Bahamas’ colonial past to be removed, but civil disobedience and destruction of public property cannot be condoned.

But the prime minister said he did “share and understand” some of the sentiments, and Cabinet will have a discussion to decide the way forward.

An official GoFundMe page has been launched for Smith, with the funds to be used either to pay any fines he may incur or go toward funding the transfer of colonial monuments and erecting Bahamian national heroes in their stead.