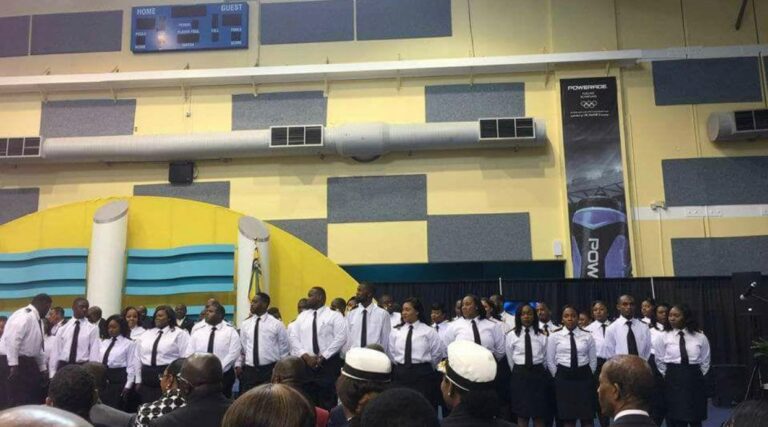 Customs officers on New Providence, Grand Bahama and the Family Islands stage a sickout on Tuesday, December 21, 2021, in protest of what they suggested was a “lack of advancements” at the department.

NASSAU, BAHAMAS — While several law enforcement agencies have already undergone promotional exercises, Minister of State for the Public Service Pia Glover-Rolle on Tuesday assured customs officers they have not been forgotten and the process is underway.

Speaking to reporters outside Cabinet, Glover-Rolle said she started conversations with customs officers as early as last week regarding the matter.

“In the first 100 days, we have started to look at a number of agencies across the public service. Customs is on the agenda for January,” she said.

“It’s the entire public service that we are looking at, so while everybody wants to be first in line, it was simply impossible.

“…Customs should look forward to being looked at very shortly and, hopefully, we will get that promotional exercise quickly completed.”

Officers in the Royal Bahamas Defence Force, Royal Bahamas Police Force and Department of Immigration have recently had promotional exercises.

Customs should look forward to being looked at very shortly and, hopefully, we will get that promotional exercise quickly completed.

Glover-Rolle noted on Tuesday that the Davis administration has established units within the public service to work with the current model, which is simply not moving quickly enough.