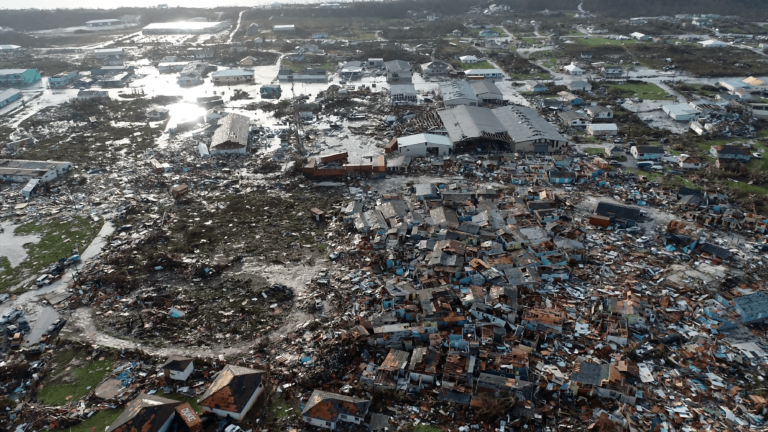 NASSAU, BAHAMAS — North Abaco MP Darren Henfield said while the island is “preparing for the worst”, he is praying for the best as Tropical storm Isaias draws down on the southeastern Bahamas.

He spoke to Eyewitness News around 3pm, just hours before Isaias was projected to become a hurricane as it passed over the country.

Previous projections had the named storm remaining a “weak tropical storm” as it passed over The Bahamas.

“As it relates to preparations for the impending tropical storm which we are having — thank God it only seems to be a rain and wind event — but even such, any event for Abaco and Grand Bahama, which has come through in the last 11 months recovering post-Dorian, and then coupled with the exacerbation of COVID-19, is still an issue for us,” Henfield said.

“We have named shelters. We are preparing for the worst, but we are still praying for the best.”

Henfield said the shelters on the islands will be opened.

He said Abaco and Grand Bahama remains in a precarious position.

“With COVID you want to keep people segregated as much as you can,” the MP continued.

“We believe that the schools that are ready — Central Abaco Primary School, Grand Cay All Age School and several other schools — we believe that these are ideally suited to mitigate against the spread of COVID, as we can utilize the classrooms.

“But we are also encouraging families, who have relatives in need of assistance who can quarantine or segregate in their homes to also assist in that regard…

“One of the blessings that I indicated before is that it is moving quite rapidly.

“Last time I checked it was just over 20 miles per hour, which means it should be in and out of The Bahamas by Sunday.”

Isaias, which was over the Dominican Republic, was forecasted to “survive its interaction with land” to become a hurricane by Friday or Friday night while over The Bahamas.

A hurricane warning is now in effect for the northwest and central Bahamas.

A hurricane warning means that hurricane conditions could be experienced in the warning area within 36 hours.

A tropical storm warning remains in effect for the southeast Bahamas and the Turks and Caicos Island.

Portions of Abaco and Grand Bahama were laid to waste following Dorian’s destructive path through the northwest Bahamas.

Thousands were displaced by the Category 5 storm.

At least 74 people were killed.

Two-hundred and seventy-nine people remain missing more than 10 months after the storm.

An estimated 30,000 people were affected.